Sharon Williams’ journey to the Seventh-day Adventist Church began in the pulpit of Mt. Zion Miracle Station Pentecostal Church in Delaware, where she was the co-pastor with her husband, George. When her husband discovered the seventh-day Sabbath and decided to move their services from Sunday to Saturday, Sharon chose to embark on a spiritual journey that strengthened her dependence on the Holy Spirit and her faith in God.

George had undertaken a 30-day fast after he ”hit the ceiling” in his spiritual life. He felt God telling him if he wanted to learn more, he needed to go on a fast and re-study the scriptures. It was when he reexamined Genesis 2 and 3 that he received a deeper understanding of the Sabbath and moved the congregation’s services from Sundays to Saturdays.

Sharon was upset with her husband’s decision. She had been in the church since she was a teenager. They started their church from the ground up and led their congregation in Pentecostal services for 12 years. The notion that the Sabbath was Saturday and not Sunday was foreign to her. In addition to changing her day of worship, the shift would alter her personal schedule. Saturdays were when she did her errands on and when her children were involved in various activities.

Sharon earnestly sought God in prayer and asked for the Holy Spirit to guide her.  “Lord I need you to talk to me and tell me if this is really want you to do,” Sharon prayed. She said she felt the Holy Spirit comfort her in knowing this was the plan for her life.

Sharon and George moved their service from Sunday to Saturday, and their congregation willingly accepted the change. “When we moved [services] everything seemed to brighten up, it just seemed like we were in a different world,” Sharon said. At the time, the 250-member Miracle Station Church was a Pentecostal congregation that happened to worship on Saturdays.

In addition to pastoring, George was also a sales manager for Xerox and Minolta.  During this time, he had a client who was a Seventh-day Adventist.  She would discuss her beliefs with George, and even visited their church from time to time. After he decided to honor the seventh-day Sabbath, he remembered his client was a daughter of an Adventist minister. The Holy Spirit led him to call her father for Bible studies.

This really confused Sharon. She questioned why two pastors who have been Christians most of their lives need to begin a series of Bible studies. She prayed again and asked the Holy Spirit to let her know if this was God’s will. She felt God telling her yes. George reached out to the pastor, who agreed to give them Bible studies on a weekly basis.

Sharon recalls the Bible studies as “in-depth.” They were a comprehensive look at the Adventist beliefs, plant-based diet and the three angels’ message. Sharon challenged the pastor at nearly every turn. It was hard for her to accept the Adventist beliefs and lifestyle because it was so different to her. However, through it all, she asked God to have the Holy Spirit lead her and guide her through the studies.

After one year of studying, the pastor asked the couple if they wanted to get baptized into the Seventh-day Adventist Church. “No,” Sharon initially replied.  “I’ve already been baptized.” But she said she would pray about it and again ask the Holy Spirit to show her if this was the way for her to go. God answered her prayer, and the Holy Spirit continued to move in her life.

Sharon and her husband were baptized into the Seventh-day Adventist Church in March of 1992. They continued to minister to their congregation with Bible studies and taught their members everything they had learned. Their church became the Mt. Zion Miracle Station Seventh-day Adventist Church in October of that same year, and 50 of their original members became Adventists. In 1993, George accepted a pastoral position of an Adventist church in Wilmington, DE.

A year and a half later, the Williams family moved to Maryland. Today, George is the pastor of the Emmanuel Seventh-day Adventist Church in St. Leonard, MD. Sharon works for the Seventh-day Adventist Church World Headquarters, where she has served for nearly 20 years. In addition to her work in treasury, she counsels anyone who comes to her for help. She lets people know she’s available if they ever need someone to talk to.

“I really enjoy helping people.  I love what I do.” Sharon also knows without the Holy Spirit, she would not be where she is today. 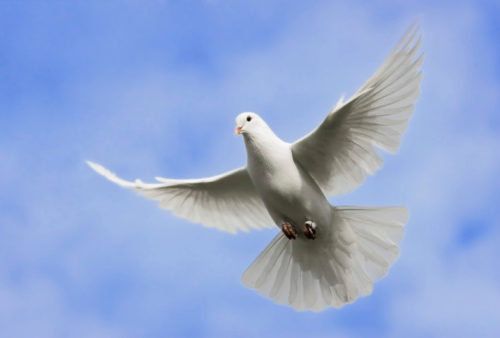 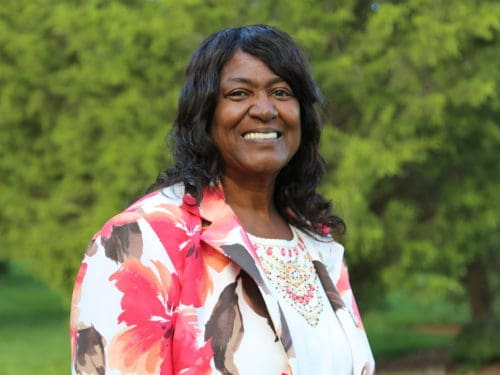