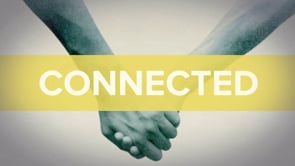 The Seventh-day Adventist Church is a family of Christian believers who are united in mission, purpose and belief. Regardless of which part of the world you’re in, you can find Adventists seeking to follow biblical principles of Christ-like living, communicating, discipling, teaching, healing, and serving.

Guided by the words of the Apostle Paul in Ephesians 4:12, the Seventh-day Adventist Church strives to operate as one unified body. This body has many members, all filling different roles, but working together toward the same goal: building up the body of Christ and preparing others for His soon return (John 14:3).

The Seventh-day Adventist Church is a Global Family

With a membership of over 21 million in 13 regions of the world, you’re sure to find an Adventist congregation, school, hospital, ministry or administrative office nearby.

The denomination is organized in such a way that members around the globe can efficiently work together and empower each other for united ministry.

Let’s explore this a bit further.

How Does the Seventh-day Adventist Church operate at each level?

Have you ever thrown a stone into water and watched ripples expand as they move outward? Similar to the ripples in the water, the Seventh-day Adventist Church has concentric circles of organization to support its membership, beginning with the local church.

A local Adventist congregation is made up of members who love Jesus and desire to follow His example of loving service by using the talents and gifts God has given them (1 Cor. 12:4-11). Typically, each congregation gathers for worship and study each Sabbath, as well as any additional social or ministry activities during the week.

Sometimes local congregations have their own church building, sometimes it’s a rented space, or sometimes the meeting place is rotated between homes, public spaces, or other types of locations.

Led by an appointed pastor, local elders, and a locally-elected church board, these congregations don’t operate in isolation but share financial resources, identity, and mission with other congregations in their region. This representative form of church organization means that authority in the Church comes from local church members who choose local leaders, and have a voice in decisions made at other levels of denominational structure.

All of the churches within a specific area, often a state, province or territory, are organized into conferences. Conferences help provide administrative support and representation to the churches in their respective regions.

Conference constituents from those local congregations meet periodically to elect  conference officers, departmental directors and trustees to provide administrative support for the region. Other leaders are chosen to support local church ministries and provide resources, information and encouragement to local church ministry leaders.

Conferences within a larger territory, such as multiple regions or even borders of a country, are organized into union conferences. Constituents elect union officers to provide support, communication and a basis for collaboration across large territories.

All of the previously mentioned entities are part of the General Conference of Seventh-day Adventists, the coordinative hub of ministries, activities and initiatives for the world-wide Church.

General Conference and Its Divisions

The General Conference (GC) is overseen by an administrative team and governing body, all of which are elected at General Conference Sessions which occur every five years. The GC coordinates the work the denomination does collectively on a global scale, interfacing with division leaders who coordinate activities in their parts of the world.

The world headquarters of the Seventh-day Adventist Church, located in Silver Spring, Maryland, United States, [HB1] houses a number of departments and services that support the global denomination and its needs. All of these entities exist to uphold the Adventist promise to help others understand the Bible and find freedom, healing and hope in Jesus.

Divisions of the General Conference

To facilitate its worldwide activity, the GC established regional offices, known as divisions, who have administrative and supervisory responsibilities for groups of unions and other church units within specific geographic areas of the world.

Here is a brief overview of each division:

The South American division serves Argentina, Bolivia (Plurinational State of), Brazil, Chile, Ecuador, Falkland Islands (Malvinas), Paraguay, Peru, and Uruguay, with adjacent islands in the Atlantic and Pacific Oceans. There are nearly 14,400 churches to serve the 2.5 million members in this region.

The Southern Asia division serves Bhutan, India, Maldives, and Nepal, with nearly 1.2 million members worshiping in close to 4,600 churches throughout the region.

An “attached field” or “mission” refers to a region where the Adventist Church has a presence but limited resources to support outreach initiatives. These territories are assigned directly to another larger organization to temporarily assist with oversight, finances and leadership.

The Chinese Union Mission serves China, including Hong Kong and Macao Special Administrative Regions. In this territory there are over 472,000 Adventists worshiping in around 1,100 churches.

The administrative office in Israel serves nearly 1,000 members in 14 churches.

*Western Sahara is a contested area not universally recognized as a separate country or region.

During its annual Spring Meeting, the Executive Committee of the General Conference of Seventh-day Adventists voted to attach the Ukrainian Union Conference, the Church’s administrative region covering the country of Ukraine, directly to the GC, until other comprehensive arrangements can be made.

United in Mission to Make Disciples of Christ

The Seventh-day Adventist Church’s official mission statement is to “make disciples of Jesus Christ who live as His loving witnesses and proclaim to all people the everlasting gospel of the Three Angels’ Messages in preparation for His soon return (Matthew 28:18-20, Acts 1:8, Revelation 14:6-12).”

The organizational structure of the Church has been developed with this primary objective in mind. In order to successfully accomplish the mission laid out by Jesus in Matthew 28: 18-20, members, ministries, and institutions serve within their calling, collaborate together, and share their resources so no part of the world has to be without help and support.

In the spirit of the Early Church (Acts 15:2, 6), challenges and decisions are addressed as a family of representative leaders—from the local church board to administrative councils composed of church representatives from across the globe.

This well-organized internal structure helps ensure—though only with the blessing and guidance of the Holy Spirit—that Seventh-day Adventist Church members can effectively proclaim the Gospel message of our Savior Jesus, who gives us freedom, healing and hope, in their communities and throughout the world.