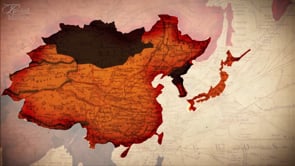 Desmond Doss was a Seventh-day Adventist conscientious objector during World War II, meaning he opted against carrying a gun while serving in active duty. He became famous for receiving the Congressional Medal of Honor for bravery amid combat while upholding his principled stance.

Only 431 of the 16 million who served in the Army received this award.

Doss joined the United States Army on April 1, 1942. It was only three-and-a-half years later, October 12, 1945, that he stood on the White House Lawn as a Corporal to receive this honor. President Harry S. Truman warmly shook his hand and said to Doss in front of the crowd, “I’m proud of you. You really deserve this. I consider this a greater honor than being president.”

When Pearl Harbor was attacked, Doss was working at the Newport News Naval shipyard and could have requested a deferment. But he was willing to risk his life on the front lines in order to preserve freedom. He wanted to be an Army combat medic and assumed his classification as a conscientious objector would not require him to carry a weapon. When he was assigned to an infantry rifle company, his refusal to carry a gun caused his fellow soldiers to view him with distain. They ostracized and bullied him. One man warned, “Doss, when we get into combat, I’ll make sure you don’t come back alive.”

His commanding officers also wanted to get rid of the skinny Virginian who spoke with a gentle southern drawl. They saw him as a liability. Nobody believed a soldier without a weapon was worthwhile. They tried to intimidate him, scold him, assign him extra tough duties, and declared him mentally unfit for the Army. Then they attempted to court martial him for refusing a direct order—to carry a gun. But they failed to find a way to toss him out, and he refused to leave. He believed his duty was to obey God and serve his country. But it had to be in that order. His unwavering convictions were most important.

THE FAITH BEHIND DOSS’ CONVICTION

Doss had been raised with a fervent belief in the Bible. When it came to the Ten Commandments, he applied them personally. During childhood his father had purchased a large framed picture at an auction. It portrayed the Ten Commandments with colorful illustrations. Next to the words, “Thou shalt not kill” was a drawing of Cain holding a club and standing over the body of his dead brother Abel. Little Desmond would look at that picture and ask, “Why did Cain kill Abel? How in the world could a brother do such a thing?” In Doss’ mind, God said, “If you love me, you won’t kill.” With that picture firmly embedded in his mind, he determined that he would never take life.

However, there was another commandment that Doss took just as seriously as the sixth. It was the fourth commandment. His religious upbringing included weekly church attendance, on the seventh day. The Army was exasperated to discover that he had yet another personal requirement. He asked for a weekly pass so he could attend church every Saturday. This meant two strikes against him. His fellow soldiers saw this Bible reading puritan, as being totally out of sync with the rest of the Army. So they ostracized him, bullied him, called him awful names, and cursed at him. His commanding officers also made his life difficult.

Things began turning around when the men discovered that this quiet unassuming medic had a way to heal the blisters on their march-weary feet. And if someone fainted from heat stroke, this medic was at his side, offering his own canteen. Doss never held a grudge. With kindness and gentle courtesy, he treated those who had mistreated him. He lived the golden rule, “…do to others what you would have them do to you…” (Matthew 7:12 NIV).

Doss served in combat on the islands of Guam and Leyte. In each military operation he exhibited extraordinary dedication to his men. While others were taking life, he was busy saving life. As enemy bullets whizzed past and mortar shells exploded around him, he repeatedly ran to treat a fallen comrade and carry him back to safety. By the time they reached Okinawa, he had been awarded two Bronze Stars for valor.

In May, 1945, Japanese troops were fiercely defending Okinawa, the only remaining barrier to an allied invasion of their homeland. The American target was capturing the Maeda Escarpment, an imposing rock face the soldiers called, Hacksaw Ridge. After they secured the top of the cliff, Japanese forces suddenly attacked. Officers ordered an immediate retreat. As a hundred or more lay wounded and dying on enemy soil, one lone soldier disobeyed those orders and charged back into the firefight. With a constant prayer on his lips, he vowed to rescue as many as he could, before he either collapsed or died trying. His iron determination and unflagging courage resulted in at least 75 lives saved that day, May 5, 1945, his Sabbath.

Several days later, during an unsuccessful night raid, Doss was severely wounded. Hiding in a shell hole with two riflemen, a Japanese grenade landed at his feet. The explosion sent him flying. The shrapnel tore into his leg and hip. While attempting to reach safety, he was hit by a sniper’s bullet that shattered his arm. His brave actions as a combat medic were over. But not before insisting that his litter-bearers take another man first before rescuing him. Wounded, in pain, and losing blood, he still put the safety of others ahead of his own.

Before being honorably discharged from the Army in 1946, Doss developed tuberculosis. His illness progressed and at the age of 87, Corporal Desmond Thomas Doss died on March 23, 2006. He is buried in the National Cemetery, Chattanooga, Tennessee. For more information, please visit the Desmond Doss Foundation Desmond – Doss Council.

The story of Desmond Doss, the first conscientious objector to receive the esteemed Medal of Honor, is one that has inspired generations of his fellow Seventh-day Adventist Church members. As powerfully shared in the upcoming film, “Hacksaw Ridge,” Doss’ strong convictions, his Adventist beliefs, and his unshakeable confidence in God come alive, and hold the promise of inspiring a new generation of believers.

While a graphic portrayal of the realities of war, “Hacksaw Ridge” paints a stirring portrait of the resolute manner in which Doss lived his faith, even while living through the horrors of the battlefield. The Seventh-day Adventist Church historically has strongly discouraged its members from bearing arms, and Doss embodied that philosophy. He became the first person to voluntarily enlist and then be granted conscientious objector status, the role in which he contributed to the often-heroic rescue of scores of his fellow soldiers.

The North American Division of the Seventh-day Adventist Church appreciates the care and attention to detail brought to the telling of Desmond Doss’ unique, unparalleled story of faith by the filmmakers in the production of “Hacksaw Ridge.” 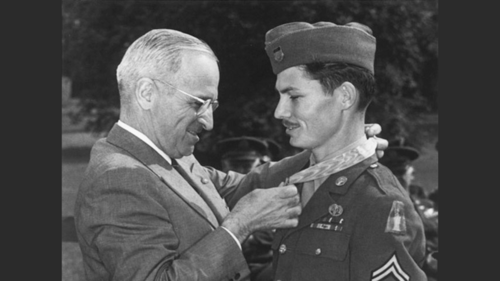 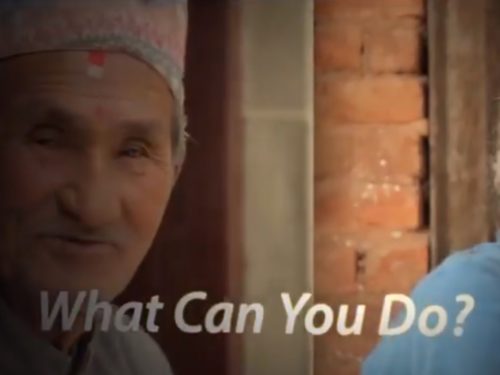