Celebrating good times and accomplishments with people I cherish gives me great pleasure. That’s why I want to share with you the biggest, most frequently held party in the universe! Like many parties, this one celebrates both an occasion and an achievement. The Bible tells us God created the earth in seven days. Talk about a big accomplishment. He fashioned towering mountains, serene rivers, and bountiful plains. At His word, flowers and trees blanketed the earth, the seas teemed with life, birds soared in the crystal skies, and fascinating reptiles and mammals patrolled the forests and plains. To cap it all off, God made a man and woman and placed them in a beautiful garden.

So pleased with His work was God that He “blessed the seventh day and sanctified it” (Genesis 2:3. NKJV).* He designated one whole day to party in commemoration of the Creation, and He made it a permanent part of the week.

The text says God blessed the Sabbath day and sanctified it. To “sanctify” means to “set apart” for sacred use, to “make holy.” God set the Sabbath apart, designating its hours for fellowship and celebration.

It is always God’s presence that makes things holy. His presence made the burning bush and its immediate vicinity holy (Exodus 3:5). His visible presence, the Shekinah, made the tabernacle in the wilderness holy. And so, too, the Sabbath. God’s special presence on the Sabbath blesses it, sets it apart, and makes it holy.

You may be surprised that I call the Sabbath a party. Observe how God describes the party at Creation: ‘ ‘When I laid the earth’s foundation… the morning stars sang together and all the angels shouted for joy’ ” (Job 38:4, 7). Morning stars sang together! All the angels shouted for joy! Now there’s a party of cosmic proportions!

One woman told me that by observing the Sabbath, I was trusting in dead works, because that was the only whole day that Jesus lay in the tomb. She got the significance of Jesus’ rest exactly backwards.

It’s much easier to build new “from scratch” than to try to remedy all the problems of an existing structure. Older houses deteriorate, sag, and settle out of square, making it difficult to measure, cut, and fit materials. Similarly, redemption is a greater accomplishment than was Creation. At Creation, God started with a blank slate an earth without form, with virgin clay that He could sculpt into His own image. In redemption, Christ works to restore God’s image in people disfigured by sin.

Rather than doing away with the Sabbath, Jesus’ rest in the tomb acknowledged the Sabbath and magnified its significance. God alone created us, and Christ alone redeemed us. No action of mine can add to or subtract from His completed work of redemption. I don’t observe the Sabbath “in order to be saved.” On the contrary, every time I put my labors aside to observe the Sabbath, I symbolically abandon all efforts to save myself.

The author of Hebrews tells us, “Anyone who enters God’s rest also rests from his own work, just as God did from his” (Hebrews 4:10) So, far from being an effort to save oneself by our works, Sabbath observance symbolizes our recognition that we have been saved apart from our works. Every time I truly enter into Sabbath rest, I accept anew His completed work of redemption instead of my own futile efforts and righteousness. Now there’s another reason to celebrate!

Some people object that the Sabbath is arbitrary, that there’s no reason for it. “We can see that the other commandments are necessary for any orderly society,” they argue, “but not the Sabbath.” Or, more narrowly: “God wants us to rest, but it doesn’t matter which day we choose.” But God has often made requests that appeared arbitrary. Does that mean we can ignore what He says? Ask Adam and Eve. As near as we can tell, God selected the tree of the knowledge of good and evil arbitrarily.

Scripture gives no indication that it differed from the other trees of the Garden, except that God said, “Don’t eat from that tree.” Our first parents ignored His command—arbitrary or not—at great cost to us all.

Calling a choice arbitrary only means we don’t understand the reasons for the choice. Our lack of understanding provides us an opportunity to exercise faith, not an excuse to disobey. In this way the Sabbath very arbitrariness heightens our opportunity to trust. Obeying because it makes sense requires no faith, only common sense. “Where can you taste the joy of obedience,” C. S. Lewis asked, “unless He bids you do something for which His bidding is the only reason?”

Other people say, “I worship God every day. Won’t God honor my worship whenever it happens?” Suppose a man and wife set up a special date night. The husband prepares her favorite meal, sets the table for two with the finest china, lights candles, and plays beautiful music. the evening comes, the hours pass, but the wife never appears, and passes the special occasion. Every day she smiles and speaks warmly, pleasing her husband. Yet week after week she misses their special night together. What does her absence say about their relationship?

The Bible calls believers Christ’s “bride.” Jesus said God made the Sabbath for us (see Mark 2:27). Week after week He sets the table and waits for us. Yet many who claim to belong to Him slight that special time called the Sabbath. What does their absence say about their relationship with their Creator and Redeemer?

We can all find reasons for skipping the party. The demands of business or the opinion of friends or an aversion to “legalism” may keep us away. But those who don’t celebrate the Sabbath must realize that they’re cheating only themselves. If you’ve never experienced the joy of sharing Creation and redemption with the Creator and Redeemer, if you’ve never sung with the morning stars or shouted for joy with the angels, it’s your loss. You’ve missed a lot of good times.

If you want to experience fellowship with God and with fellow believers as you never have before, you need wait no longer than six days. Evening and morning makeup the days in God’s calendar (see Genesis 1:5,8), so when the sunsets next Friday, the Sabbath begins. The entire universe gathers for a Sabbath celebration. The morning stars will be there. The angels will gather. The whole family in heaven and earth assembles. God has set the time aside for you, too, and He honors it with His presence. Come join the celebration!

This article originally appeared in Signs of the Times in the May 2010 issue. 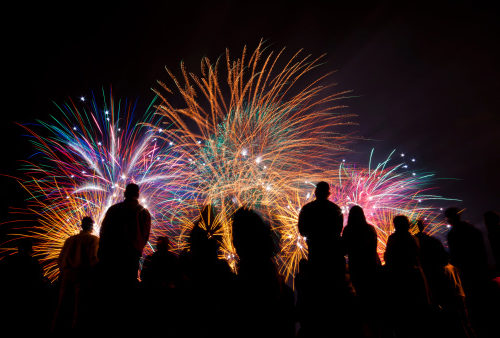 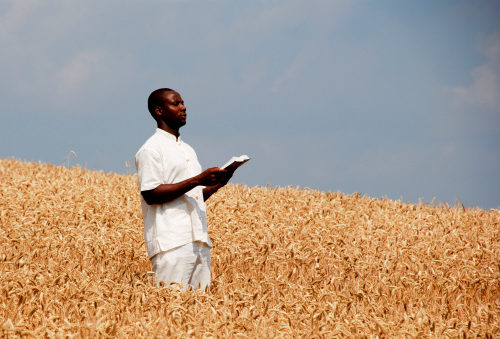