Several months ago, I was chewing on a piece of gum when I felt something in my mouth give way. The most I ever expect from chewing gum is an alteration in the state of my breath for conversational purposes not the physical structure of my teeth. Nevertheless, I felt something hard rolling around my mouth.

Gingerly, I removed the gum from my mouth. Next, I fished around for the little piece of … ah—silver! Part of an old filling had broken off, leaving my tooth with a jagged edge and in sore need of restoration. I called the dentist and let her know of my gum-induced predicament and she assured me that this would be easy, even if expensive, to fix.

As she promised, a healthy shot of Novocain, followed by a little porcelain, and my wayward tooth was restored. The damage that old cavity did was erased. Now I can return to fearless journeys in gum chewing.

But did you know that on a galactic scale we are actually living in a cavity? A metaphoric one, of course, but the result of poor food choices that led to decay. The book of Genesis describes it as altering the structure of human character and morality and even climate and weather patterns. It wasn’t always this way. Speaking of Creation, the Bible says that “God saw all that he had made, and it was very good” (Genesis 1:31).

The world existed in perfect harmony. “Now the Lord God had planted a garden in the east, in Eden; and there he put the man he had formed. And the Lord God made all kinds of trees grow out of the ground trees that were pleasing to the eye and good for food” (Genesis 2:8, 9).

The world was abundant with life. Then decay struck and formed a throbbing abscess in human history. Humanity’s act of disobedience resulted in a curse (Genesis 3) that has caused pain far worse than any toothache (though it causes those too). Thankfully, we have the promise of restoration in God’s Word. The prophecies in the Old Testament point to a time when the world will be made new: “The wolf will live with the lamb, the leopard will lie down with the goat, the calf and the lion and the yearling together; and a little child will lead them. The cow will feed with the bear, their young will lie down together, and the lion will eat straw like the ox. The infant will play near the hole of the cobra, and the young child put his hand into the viper’s nest. They will neither harm nor destroy on all my holy mountain, for the earth will be full of the knowledge of the Lord as the waters cover the sea (Isaiah 11:6-9).”

From the very beginning of the curse known as “sin,” people have looked forward to a new world free from pain.

This new world is described by the prophet Daniel as an everlasting kingdom. His vision featured “one like a son of man” who rides into God’s presence on heavenly clouds. This cloud rider is given complete rule over the earth and “his dominion is an everlasting dominion that will not pass away, and his kingdom is one that will never be destroyed” (Daniel 7:13, 14).

Christians believe that this prophecy in the Old Testament points to Jesus as the “one like a son of man” who will set up a new kingdom. Jesus Himself even announced that “the kingdom of heaven is near” (Matthew 4:17).

Not near enough, it would seem. During Jesus’ time, He had to rebuke hypocrisy (Matthew 23:1-12), immorality (Matthew 5:27-30), and religious nitpicking Matthew 23:23, 24). And He was ultimately crucified by the religious elite. So much for dealing with the decay, right? No wonder some Christians, while viewing Jesus’ death and resurrection as the key to salvation, also view that salvation is deliverance from this sickening planet to a place called heaven. Once we escape, we will have a new world to enjoy.

The apostle Peter even wrote a letter to encourage fellow believers to look forward to a better existence. After warning them that people will make fun of the idea of a better world, he urged them to keep the faith and that in keeping with Jesus’ promise we are looking forward to “a new heaven and a new earth, the home of righteousness” (2 Peter 3:13).

In Revelation, the prophet John even said, “Then I saw a new heaven and a new earth, for the first heaven and the first earth had passed away, and there was no longer any sea. I saw the Holy City, the new Jerusalem, coming down out of heaven from God, prepared as a bride beautifully dressed for her husband. And I heard a loud voice from the throne saying, ‘Now the dwelling of God is with men, and he will live with them. They will be his people, and God himself will be with them and be their God’” (Revelation 21:1-3).

So according to the Bible, our future home isn’t in some far-flung place called heaven. It’s right here on this planet only infinitely better than the world is today. God’s plan isn’t a new planet. It’s a complete restoration of the one we’re on now.

When Jesus announced the soon arrival of His kingdom, it was never meant to be an instantaneous event. Jesus likened His kingdom to a mustard seed that will ultimately grow into the largest plant in the garden (Matthew 13:31, 32). In other words, the restorative cure of our sick planet starts small, but it will only be fully realized in the future.

The point is that the process began with Jesus’ healing and teaching and instructing His disciples to do the same. Even today, there are Christians who go out of their way to remove the decaying effects of sin wherever they can. We can experience God’s kingdom now.

Author Gabe Lyons shares the story of the James House, a beautiful piece of early twentieth-century architecture built by the famous Charles Greene. Located just outside of Carmel, California, this gorgeous home was originally modeled after the Garden of Eden. Its foundation was built in the bedrock of a cliff overlooking the Pacific Ocean.

However, as time went by, the masterpiece fell into disrepair, and an old widow lived in a lone corner of the 3,500 square-foot castle. The roof leaked, and the walls began to crumble. Then a restorer named Joe came along with a vision to not only restore the palace to its original glory but improve on it.

Lyons writes, “Hundreds of man hours went into the arduous task of removing overgrown brush, trash, and debris. Scraping away the refuse from years of neglect and abandonment was a painstaking chore. After months of hard work, it was finally ready.”

The new earth is both a future hope and a present reality. Too often, it’s made out to be some abstract, far-off place that we just sit and wait for. However, while we wait for Jesus to come and make the earth new, we can make positive changes in the lives of others now.

Being a follower of Jesus is not just about having correct theology. It’s about revealing the kind of world He originally created the earth to be.

The best way to express the hope we have in God remaking our world and removing its decay is through actions and attitudes that belong in that remade world. That might mean living in a less than reputable neighborhood to reveal the love of God to those cast out from society. It might be eating simpler so that you can buy food for those who have none. Or it could be making friends with people who cannot offer you anything in return, like Jesus did. A belief in a re-created reality is not meant to be passive. It’s meant to find a practical expression on this earth, while we wait for the new one.

This article originally appeared in Signs of the Times magazine, September 2012. 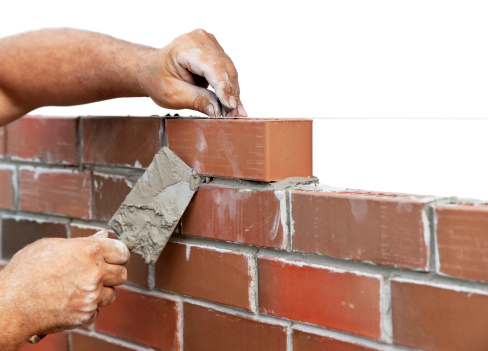 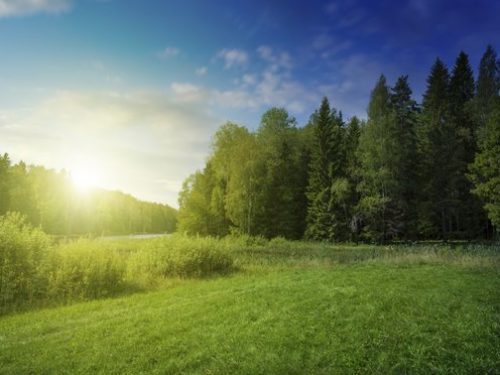