At times I have wondered about the role God plays in the world—where can we see Him at work? People have viewed Him—some still do—as what J. B. Phillips called the “god of the gaps.” When you don’t know about evaporation and condensation, then God’s direct action seems the best explanation of how water comes from the sky. But with this approach the greater your ignorance, the more you think you see God at work around you; while, on the other hand, the more you learn about nature, the smaller your God becomes.

Deists hold another view of God’s relation to His creation. They suggest that He created it all and then stepped back to let it run on its own. But such a lack of involvement hardly fits the biblical picture of God—in whom “we live, and move, and have our being.”

But if we can find natural explanations—in the physical and social sciences—for most of what we see around us, then where does God fit in? I think creationists and evolutionists alike would agree that our world is as it is because matter and energy—and animate creatures—are governed by natural law. It is the consistency and universality of the laws of nature that make our universe knowable and habitable. And perhaps it is here that we see God’s continuing presence in His creation. Without the laws He established and continues to maintain, the universe would be chaos, “without form, and void.””

A wise father whose infant, while learning to walk, is suffering because of the law of gravity wouldn’t have that law annulled even if he could. The act of walking and even their very lives depend on the continued functioning of that law. Instead, the father will help his child learn to use that law, learn to do what it makes possible. Working with and benefiting by all the laws of nature allows us to live, work, and play.

This insight gives us a new perspective on God’s moral law, the Ten Commandments. That law is not a collection of arbitrary demands laid upon us to test the depths of our submission to God, nor is it a set of divinely ordained bootstraps by which we can attain righteousness—and thus eternal life. Rather, God’s moral law makes possible our continuing existence as spiritual beings in relation to Him and to our fellow beings.

Christian freedom, then, does not mean release from obligation to that law—we would be the poorer if it did. It is true that conformity with God’s law is not the means of salvation. Only Christ’s sacrifice on our behalf could atone for our sins and bring to us justification. But having miraculously preserved us from the natural results of our transgression of that law, Christ will also bring us into harmony with it. Like the child whose freedom to move depends on learning to function in relation to the laws of physics, our freedom as moral agents depends on our learning to function in relation to God’s moral law—a process we know as sanctification.

Note these two powerful paragraphs from a book on Christian education: “Christ came to the world with the accumulated love of eternity. Sweeping away the exactions which had encumbered the law of God, He showed that the law is a law of love, an expression of the Divine Goodness. He showed that in obedience to its principles is involved the happiness of mankind, and with it the stability, the very foundation and framework, of human society.

“So far from making arbitrary requirements, God’s law is given to men as a hedge, a shield. Whoever accepts its principles is preserved from evil. Fidelity to God involves fidelity to man. Thus the law guards the rights, the individuality, of every human being. … It ensures man’s well-being, both for this world and for the world to come. To the obedient it is the pledge of eternal life, for it ex presses the principles that endure forever.”*

Too often, in our concern to preserve the truth that we obtain righteousness by faith alone, we have tended toward antinomianism. Christ came to reform a religion that for many had degenerated into legalism. But He did not teach that God’s moral code had no place in the kingdom of grace. In fact, in His sermon on the mount He protested against the suggestion that He had come to abolish the law (Matt. 5:17).

Revelation goes so far as to indicate that those Christians who live in the troubled times just before Christ’s second advent will be identifiable, in part, by their faithfulness to God’s law. The remnant, the saints, are “those who obey God’s commandments” (Rev. 12:17, NIV; see also Rev. 14:12).

This article originally appeared in Ministry Magazine on November 1988. 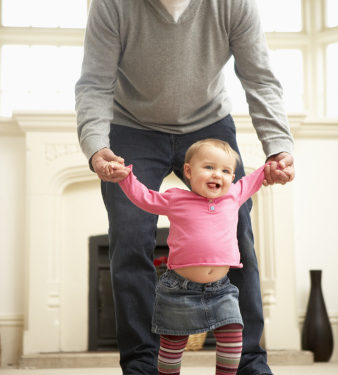