The Son, a member of the triune God, came to this sinful world as a heaven-sent missionary to “save his people from their sins” (Matt. 1:21)1 The everlasting God became a man to be humanity’s Savior! The Incarnation became a reality by the willingness of the Son and through the work of the Holy Spirit. In this magnificent event all three members of the Godhead worked together as a team from the foundation of the world. Thus, Jesus was born—the Savior of the world.

Jesus was born of the Holy Spirit (Matt. 1:18-21) and lived a Spirit-led life. He was perfect. He lived a perfect life. “Not only did He commit no act of sin, He had no sin in His being.”2

He was “without blemish or defect” (1 Peter 1:19). Jesus was able to lead a sinless life because He depended on God and did everything according to His Father’s will. Even while suffering extreme agony in the Garden of Gethsemane, Jesus cried out to God, “My Father, if it is possible, may this cup be taken from me. Yet not as I will, but as you will” (Matt 26:39).

Jesus, through His perfect sinless life, gives humanity hope that we too can observe the law of God by relying on Him. It is thus that He destroyed Satan’s age-long insistence that the standard and the requirement of God’s law is higher than any creature can attain.

Jesus is an example to all His followers. “As one of us He was to give an example of obedience.”3 That is why He took upon Himself human nature and went through our experiences. He diligently worked every day among the people. He was truly a man among us. Yet, at the same time He was fully divine. He accomplished much on behalf of others through the power of God. Not once did He use His divine power to benefit Himself. He was tempted in all points as we are, yet was without sin (cf. Heb. 4:15). He was the only sinless person who ever lived in this sinful world. It was His mission to demonstrate to us and the whole universe that we can obey God’s precepts through the power of the Holy Spirit. But that was not all.

Christ’s Death for Our New Life

Jesus came to this world not only to live a perfect sinless life as our example, but also to die for sinful human beings as humanity’s substitute. The death of Jesus endured for humankind, for you and me, was God’s design to save humanity from sin. The character of sin is so terrible that the only way to eradicate it for eternity and thereby liberate all under its yoke came through offering Himself as a sacrifice.

At the cross the innocent Man was condemned for you and me—for all humanity. He bore the sins of the world (John 1:29). He took upon Himself our sins and received the punishment that we deserved (Isa. 53:5). He died for all sinners, regardless of race, culture, and nationality. Just as He gave life to human beings at the time of Creation, Jesus gave new life to sinners at the cross. Anybody, anywhere, enjoys salvation as they accept His sacrifice on their behalf and make Him their personal Redeemer. Jesus died for all!

As soon as Christ died on the cross our new life began. When He pronounced on the cross, “It is finished” (John 19:30), He accomplished His earthly mission and died the second death that all sinners were supposed to face. Since Jesus already died the second death in our place, we, the redeemed, do not need to worry about it. Now humanity can enjoy eternal life in Christ.

By dying on the cross Christ has made a provision of forgiveness of sin for fallen humanity. “The whole mind, the whole soul, the whole heart, and the whole strength are purchased by the blood of the Son of God.”4 Therefore, in Christ, through His blood, we become a new creation (2 Cor. 5:17).

Consummation of Christ’s Victory Over Sin At the cross Jesus won a great victory over sin. He then rested in the tomb as He had rested on the Sabbath after creating the world. But what if Jesus had never woken up from His death? His victory over sin that He had achieved on the cross would have been nullified, and the plan of salvation would have ended in failure. “And if Christ has not been raised, our preaching is useless and so is your faith” (1 Cor. 15:14).

But Jesus did rise again, and the resurrection of Christ was the consummation of His victory over sin, sealing the work of human salvation. Jesus has conquered death forever by His death and resurrection. His resurrection revived eternal hope in the hearts of the disciples who had been greatly discouraged at the crucifixion of their Master. Now seeing the risen Lord, however, they were more convinced than ever before that He was the Christ, the Son of man and Savior of the world. With this conviction they went out and preached “the resurrection of the Lord Jesus” (Acts 4:33) to the people.

Christ’s resurrection is the assurance of the resurrection of the saints. He is our life and resurrection. Therefore, anyone who believes in Christ will live, even though they die (John 11:25). When we believe in Jesus, we become partakers of the victory He has won. As He was raised, all saints also will be raised. And as He lives forever, we also will enjoy everlasting life.

Christ Is the Gospel to Be Proclaimed

Jesus came to this world as a missionary. In fact, He was the greatest missionary that this world has ever had. As a missionary He preached the gospel message to the people and gave them everything He had, including His energy, time, love, and compassion; forgiveness; and, ultimately, His own life. He Himself was the good news.

The confidence in God’s saving grace revealed through the life, death, and resurrection of Christ is what motivates His followers to tell the world about the good news of God’s infinite love toward fallen humanity. The Savior tells all His followers to be His “witnesses in Jerusalem, and in all Judea and Samaria, and to the ends of the earth” (Acts 1:8), and to proclaim the soon coming of Jesus Christ. Now this is a solid foundation for our mission.

Jairyong Lee is president of the Northern Asia-Pacific Division of Seventh-day Adventists and lives in Ilsan-gu, Goyang City, Republic of Korea.

This article originally appeared on www.adventistworld.org in April, 2010. 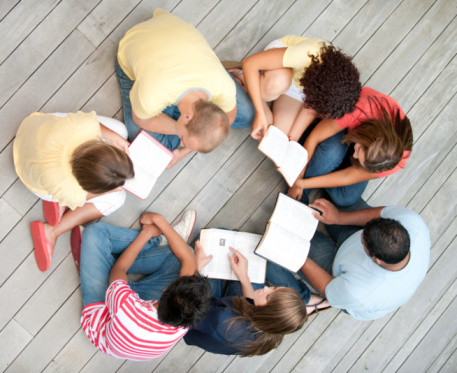 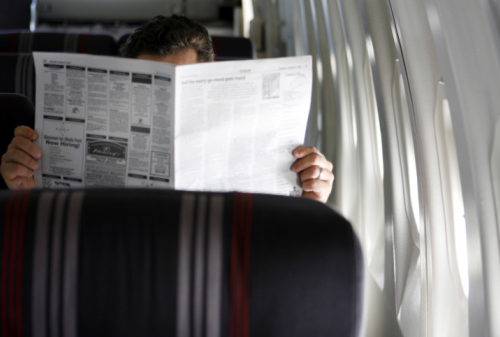