The first funeral I attended was my grandmother’s. I was just a child, and what remained in my memory was the sadness, the cloudy emotions, and the “grayness” of it all. Later, as a medical doctor, I encountered death more frequently, but I never became accustomed to it. As author Susan Cheever wrote: “Death is terrifying because it is so ordinary. It happens all the time.”1 Death is perhaps “ordinary” in this world of sin, but it was never God’s original intention.

Death is tragic, and the questions are always the same. What happens when you die? Where do you go? Is there life after death, or is this all there is? The good news is that the Bible provides answers to these important questions.

2. Humans die because of sin: The Bible is clear that every person has sinned (Rom. 5:12) and that “the wages of sin is death” (Rom. 6:23; see also Eze. 18:4). The first inhabitants of earth chose to disobey God by eating of the “tree of the knowledge of good and evil” (Gen. 2:17; 3:6). In choosing disobedience, they separated themselves from the source of life. As a consequence, death entered into this world even though it was not part of God’s original plan for His people.

3. Death is an unconscious state (a “sleep”): In order to understand what happens when we die, it is helpful to understand how God created the first inhabitants of this earth. At Creation, God breathed the “breath of life” into “the dust of the ground” (nonliving matter), and “man became a living being” (Gen. 2:7). Note that there is a formula here: Dust + Breath of Life = Living Being (soul). The word “soul” (used in some translations) refers simply to a living person. Similarly, when a person dies they “return to the ground,” for as Scripture explains, “dust you are and to dust you will return” (Gen. 3:19). The “breath of life,” also known as the “spirit,” returns to God (Eccl. 12:7; Ps. 146:3, 4). The Bible does not teach that people have a separate conscious immortal part of their being that continues to exist after death.

4. The saved will be resurrected at Jesus’ second coming: At Jesus’ second coming those who have fallen asleep in Jesus will be resurrected to life. We are told: “For the Lord himself will come down from heaven …, and the dead in Christ will rise first” (1 Thess. 4:16). Then those believers who are still alive will be “caught up together with them in the clouds to meet the Lord in the air” (verse 17). These words were written to encourage every believer.

5. God gives eternal life to the saved: God offers the gift of eternal life to all who believe in Jesus Christ (John 3:16; Rom. 6:23). At the second coming of Jesus the saved will be transformed and will “put on” immortality. “For the trumpet will sound, the dead will be raised imperishable, and we will be changed. For the perishable must clothe itself with the imperishable, and the mortal with immortality” (1 Cor. 15:52, 53).

6. The unrepentant will be resurrected after the millennium to face judgment: The unrepentant are not resurrected at the second coming of Jesus. They remain “sleeping” in an unconscious state until the end of the millennium, at which time they are resurrected (see Rev. 20:5). This resurrection occurs before the final judgment (verses 12, 13). It seems only fitting that those who are to be judged will be present when the final verdict is given. Jesus speaks of this time: “For a time is coming when all who are in their graves will hear his voice and come out—those who have done what is good will rise to live, and those who have done what is evil will rise to be condemned” (John 5:28, 29).

8. Death itself will be destroyed in the end: Death is a cruel and bitter enemy. However, it will be overcome. As  1 Corinthians 15:26 clearly states: “The last enemy to be destroyed is death” (see also Rev. 20:14). The book of Revelation describes what eternity will be like for the saved: “There will be no more death or mourning or crying or pain, for the old order of things has passed away” (Rev. 21:4).

Many people think that they will be defeated by death. A famous Roman epitaph fatalistically states: “I was not. I was. I am not. I don’t care.” But the wonderful news of the Word of God is that it is death itself that has been defeated by Jesus Christ. Death, the great enemy, will die. The believer has no need to fear death. Jesus Christ offers the certainty of resurrection to eternal life for all who accept His wonderful gift of salvation.

Philip Rodonioff lives on the Gold Coast in Australia. He is a medical doctor who has a master’s degree in religion from Andrews University and enjoys conducting seminars on evidences for the Christian faith.

All Scripture quotations in this article have been taken from the Holy Bible, New International Version. Copyright © 1973, 1978, 1984, 2011 by Biblica, Inc. Used by permission. All rights reserved worldwide.

This article originally appeared in Adventist World in the March, 2012 issue. 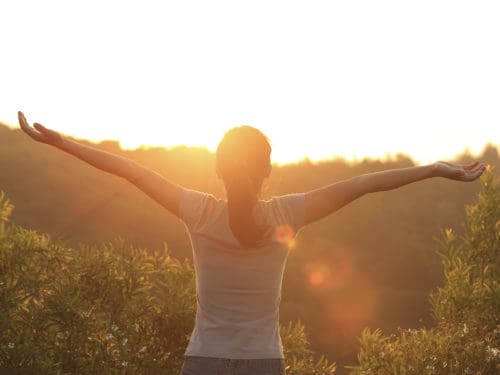 Waking Up to Eternity: What the Bible Says About Life After Death
Death, the State of the Dead, and Resurrection March 30, 2015 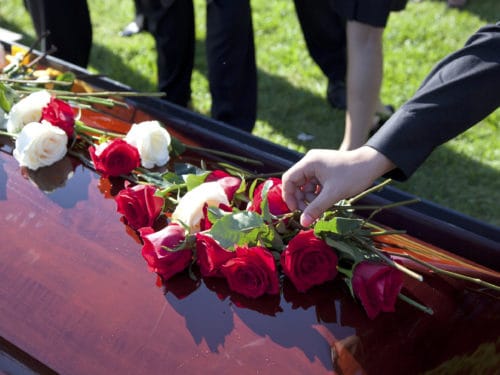 Dead Men Can’t Save You
Death, the State of the Dead, and Resurrection July 22, 2013