Belief in a God of three persons is one of the most demanding biblical teachings. Christianity is the only world religion that makes this claim. The doctrine of the Trinity is truly distinctive of the Christian faith, crucial because it deals with who God is, what He is like, and how He works. Christians believe the doctrine is necessary to do justice to the testimony of Scripture, the primary source of our knowledge of God.

We must speak concerning God in the terms He uses. Biblical evidence has three facets:

There Is Only One God

Christianity emerged from the ancient Hebrews, who were rigorously monotheistic (and remain so today). Writers of the Old Testament address this, sometimes quoting God directly. The Decalogue begins with the divine statement: “I am the Lord your God, who brought you out of Egypt, out of the house of bondage. You shall have no other gods before Me” (Ex. 20:2, 3). Deuteronomy 6:4 contains the definitive monotheistic statement, initially insisted within a polytheistic world: “Hear, O Israel: the Lord our God, the Lord is one.”

The New Testament continues Old Testament sentiments, such as Paul (1 Cor. 8:4) and James (James 2:19). What then caused these monotheistic Jews and Christians to declare belief in the three-personed Godhead? It was the biblical witness of three divine persons.

In Genesis 2:24 man and woman are to become one (’echad), a union of two separate entities. Significantly, the same word is used of God in Deuteronomy 6:4. Marriage and God’s nature are both described as a plural unity.

Peter names three divine persons at Pentecost: “Exalted to the right hand of God, and having received from the Father the promised Holy Spirit, He poured out this. . . . Let every one of you be baptized in the name of Jesus Christ . . . and you shall receive the . . . Holy Spirit” (Acts 2:33-38).

Jesus’ own self-consciousness includes claiming to forgive sins (Mark 2:8-10). The Jews, knowing that only God can forgive sins, accuse Jesus of blasphemy. He claimed the angels of God as His angels (Luke 12:8, 9; 15:10; Matt. 13:41). At His trial Jesus was accused of claiming to be the Son of God. This would have been a critical opportunity to correct this if Jesus did not regard Himself as God. But He didn’t, instead emphasizing His deity. The high priest understood, calling for Jesus’ death (Matt. 26:63-66). Following the resurrection, Thomas addressed Jesus as “My Lord and my God!” (John 20:28). Jesus did not refuse the title or the worship, though throughout Scripture humans and angels rightfully refuse worship (Acts 14:8-18; Rev. 19:6).

Jesus claimed that the Spirit of the Lord was upon Him, anointing him to preach (Luke 4:18); that He was driving out demons by the Spirit of God (Matt. 12:28); and that the Spirit, another Counselor of the same kind, would carry on His work after His departure (John 14:16). When Ananias and Sapphira held back some of the promised proceeds from the sale of their property, Peter reminded them that lying to the Holy Spirit is lying to God (Acts 5:3, 4).

The three divine persons are equal but not identical. There is no hierarchy or subordination suggested by an unchangeable order in the presentation of their names (1 Cor. 12:4-6; 2 Cor. 13:14; Eph. 4:4-6). All three are involved in our salvation. Thomas Oden is right: “If God were only one person, it could not be proclaimed that God both sends and is sent; that God could be both lawgiver and obedient to the law; that God could both make atonement and receive it; that God could both reject sin and offer sacrifice for it.”1

Careful reflections on the triune God can come only from a heart and mind trained in humility. Speaking adequately of God is a daunting task. Scripture must be the primary source of our knowledge of Him. Christians manifest their avowed dependence upon this Book, which contains many affirmations of the deity of the three divine Persons. “The historic formulation of the Trinity . . . seeks to circumscribe and safeguard this mystery (not explain it; that is beyond us), and it confronts us with perhaps the most difficult thought that the human mind has ever been asked to handle. It is not easy; but it is true.” 2

This article originally appeared in The Adventist Review in the March 2011 issue. 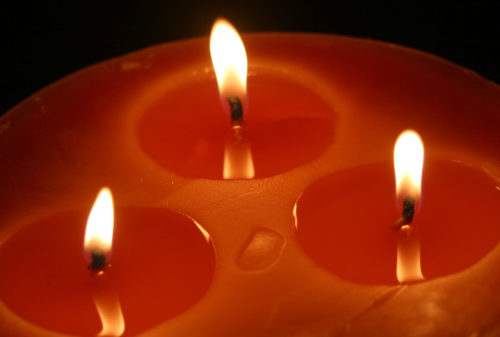