Throughout history, human beings have communicated with one another in ways other than the simple use of words. Saying a word in one of the thousands of languages in existence on planet Earth is one thing, but how we say our words can be more important. For example, we can say, “I love you,” and mean that we truly care about the other person; but we can say the same words in a sarcastic tone of voice and really mean the opposite. We can scream our words, use sarcasm, say them sweetly, sensually, or in a sacred manner with.

Even more effective than words is our body language. We can tense up when touched, grit our teeth, pat someone on the back, give them a thumbs-up, or, to communicate our displeasure, we can give him or her a swift kick in the pants. Art, whether classical, impressionistic or simply a cartoon, carries a nonverbal message. These are all ways we communicate that go beyond the words we speak. So have you ever considered food as a language?

What you serve to someone communicates a great deal. Imagine taking an attractive member of the opposite sex to dinner at, say, McDonald’s as opposed to a five-star restaurant. What would an “Extra Value Meal” communicate to your date when compared to a meal you’d been saving for over a couple months? There’s a reason why fancy restaurants are packed on Valentine’s Day and other holidays.

What about inviting a group of people over and serving them week-old leftovers instead of ordering fresh pizza, making a salad and having a cooler full of ice-cold soda? “Taking guests to eat out has at last become widely acceptable. . . . The choice of restaurant also speaks volumes, wherever it may be,” writes Reay Tannahill in Food in History. She goes on to say that while cultures may change, “the basic language of food does not: to offer too cheap or commonplace a meal is insulting; the opposite, ostentatious.”

Jesus was a master communicator, and He used food to teach one of the deepest and most meaningful lessons of His earthly career. The purpose of this meal was to commemorate a historical event and point toward a future one. On the eve of His trial and execution, Jesus gathered His followers to celebrate a Jewish feast called Passover, which commemorated the flight of the Israelites from slavery in Egypt (see Exodus 12).

This meal makes use of two key elements—bread and wine. Jesus blessed both and then changed the traditional meal by infusing some new meaning into it. “While they were eating, Jesus took bread, gave thanks and broke it, and gave it to his disciples, saying, ‘Take and eat; this is my body’” (Matthew 26:26). Next He said, ” ‘This is my blood of the covenant, which is poured out for many for the forgiveness of our sins (Matthew 26:28).

At first blush, this imagery smacks of cannibalism—and many non-Christians have interpreted it that way. In fact, some early Christian believers were accused of devouring human beings for this very reason. This, of course, was not true, for God would never condone such an act. He has an entirely different purpose for the symbolism of the bread and wine in the Lord’s Supper.

To understand the meaning of the Lord’s Supper, it’s helpful to keep in mind the purpose of the Passover, from which it is derived. You will recall that God delivered the Israelites from Egypt with ten plagues. The final plague—the one that ushered in an era of freedom for the Israelites—involved the Lord slaying the firstborn child in each Egyptian family. Here’s how Moses explained it to the people: “‘This is what the Lord says: “About midnight I will go throughout Egypt. Every firstborn son in Egypt will die, from the firstborn son of Pharaoh, who sits on the throne, to the firstborn son of the slave girl, who is at her hand mill, and all the firstborn of the cattle as well”‘” (Exodus 11:4, 5). The only way the Israelites could avoid this horrible hue from happening to their own children was to kill a lamb and spread its blood over the door frame. God said, “‘The blood will be a sign for you on the houses where you are; and when I see the blood, I will pass over you [hence the word Passover]. No destructive plague will touch you when I strike Egypt'” (Exodus 12:13). The sacrifice of the lamb brought salvation and foreshadowed another deliverance from slavery that would occur 1,500 years later when Jesus died on the cross.

When Jesus appeared on earth, John the Baptist declared Him to be the ” ‘Lamb of God, who takes away the sin of the world'” (John 1:29). Additionally, Jesus likened our failure to do what is right and our tendency to be selfish—what we call “sin”—to slavery when He said, ” ‘I tell you the truth, everyone who sins is a slave to sin'” (John 8:34).

So Jesus, through the shedding of His blood on that wooden cross—hearkening back to the door frames of ancient Israel—illustrated His act of delivering us from the power and consequences of our failures and selfishness. Jesus’ death removes us from the path of God’s wrath and ushers us into a new life of freedom. Jesus’ death on the cross is the ultimate realization of what the Old Testament lamb represented. The Lord’s Supper represents this through the symbols of the broken bread and the red wine. Christians call this meal “the Lord’s Supper.” Every time we celebrate the Lord’s Supper, the emblems communicate to us what our God has done for us through the language of tradition, ritual, and food.

An act of cleansing

Before you and I eat a meal—and sometimes afterward, depending how much of a mess we’ve made as we ate—we wash our hands or clean them off with a napkin. There is an element to remember during the Lord’s Supper that also involves cleaning. During the meal, Jesus “poured water into a basin and began to wash his disciples’ feet, drying them with the towel that was wrapped around him” (John 13:5). The disciples’ feet had real gunk caked on them. After all, they wore sandals and walked around in the hot desert. Proper etiquette required that the host send a servant to wash the feet of his guests. For anyone else to wash the guests’ dirty feet would require a special kind of humility and love, which, of course, Jesus possessed. Peter became so appalled at seeing his Master perform this servile act that he asked to be excused, but Jesus reminded him that if he did not have his feet washed then, he couldn’t be a part of what God wanted to do in his life (verses 6-10).

After Jesus finished this act of service, He said, “‘Now that I, your Lord and Teacher, have washed your feet, you also should wash one another’s feet. I have set you an example that you should do as I have done for you'” (verses 14, 15).

The idea contained in the practice of foot washing, which many still practice as Jesus explicitly told us to, is not simply to come to Him to receive deliverance but to turn around and serve others so that they, too, can be delivered from the selfishness we are all prone to.

We come to our Master’s table to receive a feast of love, where God communicates His plan for us through food, and then challenges us to turn and sacrifice for others.

Ultimately, what God really wants us to learn from the Lord’s Supper and footwashing is to bring the lessons of these rituals into our daily lives.

This article originally appeared in Signs of the Times magazine, January 2011. 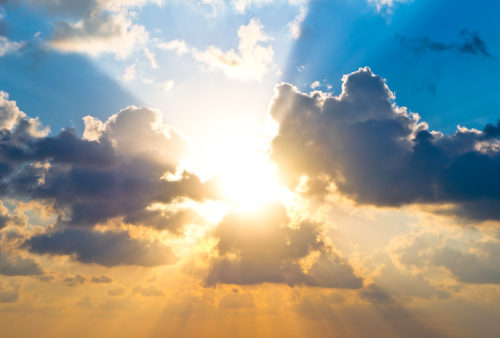 According to Thy Gracious Word
The Lord’s Supper July 8, 2013 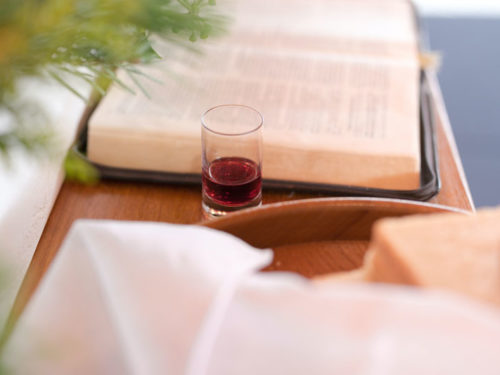