One of the most dramatic moments in the past 30 years is the fall of the Berlin Wall.

Among the more commonly understood causes of this event was a pact between Ronald Reagan and Pope John Paul II to join hands in an effort to bring down Communism in Eastern Europe. Another factor was Reagan’s hard nosed buildup of America’s military might.  However, there was an even more significant cause that most people are unaware of.

In 1982, Christian Führer, a young German pastor in Leipzig, opened the doors of his Nikolai Church each Monday evening for prayer and discussions on freedom. These prayer sessions grew until one Monday night in October 1989, when an estimated 8,000 people crowded into the church, and thousands more stood outside.

A nationwide freedom movement was birthed in the cradle of prayer. People by the tens of thousands in villages, towns and cities across East Germany joined the Leipzig intercessors. On that Monday night in October, nearly 1 million people were praying for freedom. Twenty years after the fall of the Berlin Wall, Pastor Christian Fuhrer commented on the absolute necessity of earnest intercession. Fuhrer declared, “We realized that if we would stop praying, there would be no hope for change in Germany.”

One former Communist government official who had worked with the Stasi, the East German secret police gave, this amazing testimony: “We were ready for anything, except for candles and prayer.” The Berlin Wall could not stand before the sound of the fervent prayers of God’s people united in seeking Him.

One of the greatest revivals in his story was the Welsh Revival of 1904. Twenty-six-year-old Evan Roberts had been praying for 13 years that his life would be controlled by the Holy Spirit. He pleaded with God for a heart totally committed to the kingdom of God. Evan often prayed late into the night, interceding for the teens and the young adults in his church. He especially prayed regularly that God would touch the minds and hearts of the people of Wales

The Welsh Revival began at a youth meeting in Evan Roberts’s church when he shared his experience with God. He urged each of his friends to seek the infilling of God’s Spirit in their own lives. The Holy Spirit touched hearts. Sixteen young people were converted.

The sparks of revival that began in this humble village church ignited the flames of revival throughout the country. It is estimated that within nine months, 100,000 people were converted in the tiny country of Wales. The crime rate dropped. Drunkards and prostitutes were transformed by God’s grace. Pubs reported losses. David Lloyd George, once prime minister of England, wrote that on one Saturday night at the height of the Welsh Revival, one tavern sold only nine cents worth of liquor. Many taverns were transformed into places of prayer.

Political meetings and soccer matches were delayed or even postponed because the churches were packed with praying people. Often these prayer services lasted six to eight hours at a time. Hardened, spiritually calloused Welsh coal miners crowded into these spirit-filled services and returned to the mines changed men.

Profanity disappeared from their lips and never returned. It was reported that the pit ponies in the mines failed to understand the commands of these born-again miners who now, without cursing, seemed to speak the language of heaven.

The revival weakened around 1906, but its impact on tens of thousands of lives continued. Years later, when one elderly lady was asked why the Welsh Revival seemed to fade away, she quickly responded, “It’s still burning within my heart, it’s never been extinguished.” It had burned in this godly woman’s heart for more than 70 years.

An entire nation was changed because Evan Roberts and a group of his young friends took Jesus’ example of passionate prayer seriously. Alfred Lord Tennyson was certainly correct when he said, “More things are wrought by prayer than this world dreams of.”

So what happens when we pray? First, prayer opens our lives to God’s cleansing power. During prayer the Holy Spirit x-rays our souls. We see hidden sins and defects in our characters that keep us from being the powerful witnesses He longs for us to be. Prayer draws us into an intimate relationship with Jesus. In prayer we open our minds to the guidance of the Holy Spirit. We seek His wisdom, not our own.

Prayer also enables God to work more powerfully than if we had not prayed. The conflict between good and evil is a battle between the forces of the devil and the forces of righteousness. The struggle is real. Thousands upon upon thousands of good and evil angels are involved. The Bible’s last book, Revelations, describes the battle this way: “Michael and his angels fought against the dragon, and the dragon and his angels fought back” (Revelation 12:7).

One-third of the angels in heaven rebelled against God (Revelation 12:4). The forces of evil bring disappointment, disease,disaster and death to our world. The forces of righteousness bring joy, peace, health, and life.

Jesus is our great model of intercession. He regularly retreated to a quiet place to pray. He sought God for strength to meet the challenges of the day. He pleaded with His Father for strength to overcome Satan’s temptations. The Gospel of Mark records one of Jesus’ early morning prayer sessions in these words: “Very early in the morning, while it was still dark, Jesus got up, left the house and went off to a solitary place, where he prayed” (Mark 1:35). If Jesus, the divine Son of God, understood that prayer is a necessity, how much more do we need prayer in our own lives? Jesus recognized that inner spiritual strength comes through prayer. Luke’s Gospel records Jesus’ prayer habits: “Jesus often withdrew to lonely places and prayed” (Luke 5:16).

Prayer was not something Jesus did occasionally when a need or problem arose. Prayer was a vital part of His life. It was the key to staying connected to His Father. It was the essence of vibrant spirituality. He renewed His relationship with His Father through prayer every day. Jesus’ prayer life gave Him courage and strength to face temptation. He came from these prayer sessions with a spiritual freshness and deepened commitment to do the God’s will.

Describing one of these prayer sessions, Luke adds, “As he [Jesus] was praying, the appearance of his face changed, and his clothes became as bright as a flash of lightning” (Luke 9:29). Jesus radiated the strength that comes from moments in God’s presence through prayer.

R. A. Torrey laments the busyness of today’s Christians, who at times seem powerless. Torrey says, “We are too busy to pray, and so we are too busy to have power. We have a great deal of activity, but we accomplish little; many services but few conversions; much machinery but few results.”

Jesus was never too busy to pray. His schedule was never too packed to spend time talking with His Father. He never had so much to do that He rushed in and out of His Father’s presence. Jesus came from these intimate times with God spiritually revived. He was filled with power because He took time to pray. Do you have problems in your life that seem insurmountable? Do you know someone who is discouraged? Do you have friends or family who do not know God?

Try changing your schedule to allow more time to talk to God about these issues. God is anxious to hear from you.

This article originally appeared in Signs of the Times magazine, March, 2011. 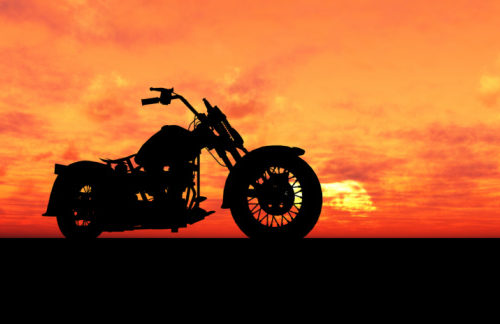