Did you know the first battle ever fought occurred in heaven and continues on earth today? Every person ever born has played a role in war, and understanding principles involved is absolutely crucial in determining what side you are fighting on, and fighting for.

The Bible tells us that the war began with an angel named Lucifer, who was described as a “covering cherub” (Ezekiel 28:14-16). A covering cherub, according to Exodus 25:14-20, is an angel that stood in the very presence of God, covering the ark of the testimony, in which lay the law of God. Above the ark was God’s mercy seat. These earthly replicas were designed to teach heavenly realities (see Hebrews 8:1-5).

This image shows us the foundation of God’s throne (the mercy seat) in heaven was His law (ark of the covenant), and Lucifer was once an angel that stood closest to the throne of God, “covering” (meaning “to guard” or “protect”) the law of God. This was his position in heaven.

All was at peace until “iniquity” was found in Lucifer (Ezekiel 28:15). According to 1 John 3:4, iniquity, or sin, is defined as, “Whosoever committeth sin transgresseth also the law: for sin is the transgression of the law.” Lucifer, the angel that was to guard the law of God, the foundation of God’s government, turned against that very law, which resulted in the introduction of sin into the heavenly atmosphere.

Hence, the first war was over the law of God. Lucifer, like a master politician, argued that heavenly angels had no need for a law because they were already holy. Lucifer said, “I will be like the most High” (Isaiah 14:14), without obeying His laws. In other words, Lucifer, now Satan, had introduced the principle of self-righteousness—righteousness by one’s own standard versus the universal standard of God’s law. The argument was a deceptive one, and one that still deceives the masses today.

Many can be heard repeating the lie that we do not need to obey God in order to be like God. Even in Christian circles, the lesson is taught that God’s law is obsolete, and one need not obey to be like Him in character. Just as a great multitude of heavenly angels fell for Satan’s lie, so now millions of people carry the same philosophy, and therefore place themselves in rank with the forces of Satan.

Adam and Eve were sold the same lie, “You can be like gods,” without obeying God. They fell for it. As a result, humanity became rebels of the kingdom of heaven. “For to be carnally minded is death; but to be spiritually minded is life and peace. Because the carnal mind is enmity against God: for it is not subject to the law of God, neither indeed can be,” (Romans 8:6-8). But God introduced the plan of salvation, a plan designed to lead mankind back to the throne of God through obedience to His law.

This is the plan of salvation, and all who stand for the government of God place themselves squarely against Satan and his army. “And the dragon was wroth with the woman, and went to make war with the remnant of her seed, which keep the commandments of God, and have the testimony of Jesus Christ,” (Revelation 12:17).

This is the dividing line between those who will be loyal subjects of the throne of heaven, and those who refuse to acknowledge and strive to live by God’s law. Hence John wrote, “He that saith, I know him, and keepeth not his commandments, is a liar, and the truth is not in him” (1 John 2:4). It is evidence of being in a covenant relationship with God, a covenant Paul describes in these words, “This is the covenant that I will make with them after those days, saith the Lord, I will put my laws into their hearts, and in their minds will I write them,” (Hebrews 10:16).

Even the prophet Daniel recognized this division of forces when he wrote, “And such as do wickedly against the covenant shall he corrupt by flatteries: but the people that do know their God shall be strong, and do exploits,” (Daniel 11:32). Yes, as Lucifer flattered the angels in heaven with the thought they were naturally good, so he seeks to flatter people today. But the people that do “know their God” will not be fooled or deceived, but will do mighty things for God, and for the redemption of many. Whose side are you on? God or Satan?

This article originally appeared in Decide the Side on May/June, 2012 issue. 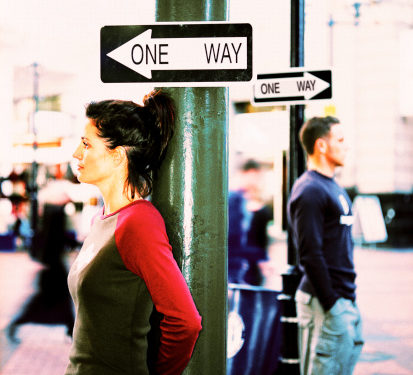 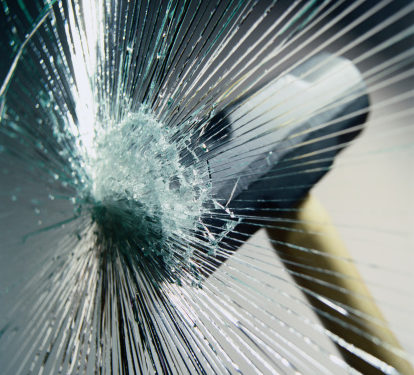