When Aaron and Miriam rebelled against Moses’ leadership, God said to them: “Hear now My words: If there is a prophet among you, I, the Lord, make Myself known to him in a vision; I speak to him in a dream” (Num. 12:6). Throughout Old Testament times the prophetic gift was in operation. The first person called “a prophet” in the Bible was Abraham (Gen. 20:7). In the history of Israel, Moses was the greatest of the prophets; he communicated with God “face to face” (Deut. 34:10). Shortly before his death he told the Israelites: “The Lord your God will raise up for you a Prophet like me from your midst, from your brethren. Him you shall hear” (Deut. 18:15). This prophecy was initially fulfilled through Joshua and the prophets who followed him. It found its ultimate fulfillment in the appearance of the Messiah who was the prophet who would lead God’s people from the slavery of sin into the heavenly Canaan.

The New Testament writers as well as several other individuals mentioned in the New Testament had the gift of prophecy (Luke 1:67; Matt. 11:14; Acts 13:1; 15:32; 21:8-10). Paul wrote to the Ephesians that the gift of prophecy would remain in the church “till we all come to the unity of the faith and of the knowledge of the Son of God” (Eph. 4:13). In the book of Revelation, therefore, the remnant church in the time of the end is said to have “the testimony of Jesus” (12:17), which according to Revelation 19:10 is “the spirit of prophecy.”

What Is the “Spirit of Prophecy”?

The term “spirit of prophecy” occurs only once in the Bible, namely in Revelation 19:10; but the readers in John’s days knew exactly what John meant by this phrase. They were familiar with this expression, which was frequently used in the Aramaic translation of the Old Testament. For example, Genesis 41:38 in the Aramaic paraphrase of the Old Testament text says: “Pharaoh said to his servants, ‘Can we find a man like this in whom there is the spirit of prophecy from before the Lord?’” And in Numbers 27:18 the Lord said to Moses, “Take Joshua, son of Nun, a man who has within himself the spirit of prophecy, and lay your hand on him.”

For the early Christians the “spirit of prophecy” was a reference to the Holy Spirit, who imparts the prophetic gift to God’s messengers. This also becomes evident when we compare Revelation 19:10 with Revelation 22:8, 9.

The situation in both passages is the same. John falls at the feet of the angel to worship him. The words of the angel’s response are almost identical, yet the difference is significant. In 19:10, the brethren are identified by the phrase “who have the testimony of Jesus.” In 22:9, these brethren are simply called “prophets.”

According to the principle of interpreting Scripture with Scripture, this leads to the conclusion that “the spirit of prophecy” in 19:10 is not the possession of church members in general, but only of those who have been called by God to be prophets. That this is not purely an Adventist interpretation can be seen from the writings of other scholars. Lutheran scholar Hermann Strathmann, for example, says concerning the phrase “testimony of Jesus” in 19:10: “According to the parallel 22:9 the brothers referred to are not believers in general but the prophets…. This is the point of verse 10c. If they have the marturia Iesou [the testimony of Jesus], they have the spirit of prophecy, i.e., they are prophets …, like the angel, who simply stands in the service of the of marturia Iesou.”

In summary, we can say that one of the identifying signs of the remnant church, which according to prophecy exists after the 1,260-day period, i.e., after 1798, is the testimony of Jesus, which is the spirit of prophecy, or the prophetic gift. The Seventh-day Adventist Church, from its very beginning, has believed that in fulfillment of Revelation 12:17 the spirit of prophecy was manifested in the life and work of Ellen G. White.

2. Agreement With the Bible—Isaiah 8:20. What a prophet claims to have received from God must be in harmony with the rest of God’s Word, because God does not contradict Himself (Ps. 15:4; Mal. 3:6). Although Ellen G. White was not a trained theologian, her messages are in harmony with Scripture.

3. The Witness to Jesus—1 John 4:1, 2. Anyone familiar with the writings of Ellen White, such as the books The Desire of Ages or Steps to Christ, will have to admit that she not only accepted all that the Bible teaches about Jesus, but continually pointed people to Him as their Lord and Savior.

4. Fulfilled Prophecy—Jeremiah 28:9. The proof of a true prophet lies, in part, in the fulfillment of his/her predictions. Although Ellen White’s work did not primarily consist of predicting the future, she did make a number of predictions that have been fulfilled in a remarkable way.

5. The Orchard Test—Matthew 7:20. The orchard test takes time. Ellen White lived and worked for 70 years under the critical eyes of millions of people, largely skeptical, doubtful, suspicious, and in some cases openly hostile. Any fault or inconsistency was and still is exposed with great satisfaction by her opponents. Nevertheless, the fruit of her life and labor attests to her sincerity, zeal, and Christian piety.

While counterfeit prophets may pass one or two of these tests, a true prophet will pass them all. Ellen White certainly did. God’s gracious guidance through the prophetic gift of Ellen White should make us more aware of the responsibility that we, as the remnant church, have, and it should spur us on to finish the work God has given us to do. 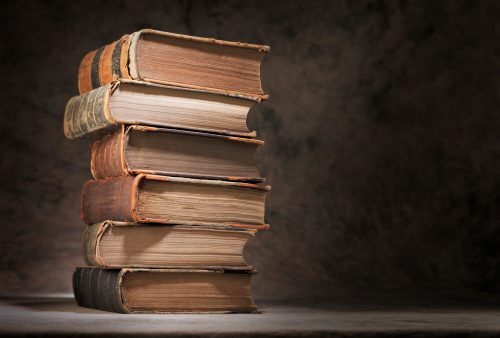