A recent poll by the Gallup Organization showed that 40 percent of Americans believe “God created humans in their present form” within the last 10,000 years or so; 38 percent believe that human beings evolved over millions of years from lower forms of life, but that God guided the process; and only 16 percent affirm that evolution alone was responsible for our human origins. Six percent expresses no opinion.

These statistics are extremely significant, for they tell us that in spite of the complete dominance of godless evolution in science, the media, and public education from the first grade through graduate school for at least the past 60 years, an overwhelming 78 percent of Americans still don’t accept the idea that the unaided forces of nature can explain the origins of intelligent human beings.

No one has ever seen God. Of course, scientists believe in a lot of things that no one has ever seen such as, black holes in outer space and the neutrons and protons inside of atoms. Scientists believe these things because of the evidence they observe in other ways. I propose that the same logic applies to creationists and their belief in God. While no one has ever seen God, the evidence that He exists and that He has created is, in my opinion, incontrovertible. Most atheists would disagree with that statement, which is their privilege, of course. However, at least one prominent atheist in modern times has “converted” from atheism to atheism the belief that there is a God).

Antony Flew was born the son of a Methodist preacher. Educated at Oxford, he attended C. S. Lewis’s Socratic Club, where deep philosophical discussions were held about religion, especially Christianity. Throughout his life, Flew was committed to “go where the evidence leads.” That commitment eventually led him to become a theist.

Flew’s primary reason for accepting the existence of God was the apparent design in nature. “The argument to Intelligent Design,” he said, “is enormously stronger than it was when I first met it.” And his primary evidence for that conclusion was “the impossibility of providing a naturalistic theory of the origin from DNA of the first reproducing species.”

My sentiments exactly. DNA is a set of complex genetic instructions placed along a strand that are used to construct the components of living cells such as proteins. All living things on earth have these strands, which is what makes it possible for organisms to survive and reproduce. Where did this DNA come from? Flew concluded that it had to come from an intelligent Designer—God.

I’m reminded of Paul’s statement in Romans 1:20 that “since the creation of the world God’s invisible qualities—his eternal power and divine nature—have been clearly seen, being understood from what has been made.” I’m a creationist because it’s so obvious to me that nature had an intelligent Designer.

Of course, Flew was no theist in the Christian sense. I am. He did not accept the Bible as a revelation from God. I do. And the Bible gives an account of our human origins that I accept as literally correct.

However, this raises another significant question, “On what basis do I and other Christians accept the Bible as a revelation from God?” I will be the first to acknowledge that there is no proof, in the scientific way of proving things, that God directed the Bible’s authors to write what they did. When I went through seminary, I had a professor who said that Christianity is based on two fundamental assumptions: that there is a God and that He has revealed Himself in the Bible.

I accept these assumptions. However, just as there is evidence in nature for the existence of God, so there are at least two lines of evidence in the Bible that tell me it is indeed a message from God.

I mentioned earlier that some Christians believe God used the evolutionary process to create all living things, both plants and animals, including intelligent humans. According to this theory, God would have had a hand in bringing about the first spark of life that arose out of some primordial sea, and He would have guided the evolution of living organisms towards ever increasing complexity, clear up to the development of our human brains with their ability to reason and make moral judgments.

The problem with this theory is that it is completely out of harmony with the Bible’s explanation of the origin of evil and how we humans are saved from it. The Bible says that God created the first two humans, and when He finished, they were morally perfect and loyal to Him. However, because they chose to disobey Him, they were doomed to die. However, Jesus came to this earth and died in their place so that they could be saved.

The difference between this theory of the origin of evil and the evolutionary explanation for evil could hardly be starker. According to the Bible, we humans were created perfect, free of moral evil. According to the evolutionary theory, the reign of tooth and claw—evil, if you please—is the explanation for how we came to be. If Jesus truly did die to save human beings from sin, as even many theistic evolutionists believe, then we have to ask, where did evil come from? When did it begin in our world?

According to the Bible, God created the world perfect, and we humans strayed from that perfection. According to the evolutionary theory, the world began very imperfect and it is growing toward perfection through the reign of tooth and claw. As the various species kill off their weaker members, the fittest survive, and our world becomes a better place. But, of course, we today consider killing off the weaker members of our human society to be profoundly evil. So when did this “good” reign of tooth and claw suddenly become evil? When did sin become sin?

Thus, the third reason why I’m a creationist has to do with the source of evil in our world and God’s plan to save us from it. If the Bible’s plan of our human salvation from sin is true, then the Bible’s account of where sin began must also be true. And that requires the account of our human origins that we find in Genesis, not the evolutionary theory of most of today’s scientists. I’m aware that today’s scientists by and large dismiss the biblical account of Creation as a pious myth. However, I have to agree with Antony Flew, who said that the intricate design in nature requires a Designer. I find that Designer revealed in the Bible, which I trust as God’s Word. And that same Bible reveals God’s plan to eliminate evil from both the world and from the hearts of all those who accept Him.

These are the reasons why I’m a creationist.

This article originally appeared in Signs of Times in the September, 2011 issue. 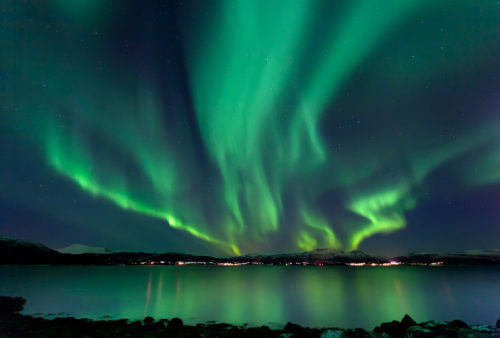