Baptism is a ceremony practiced by Christian denominations in which a person accepts the sacrifice of Jesus and begins a new life in Him. Although the practice varies in style among faiths, in the biblical original a new Christian is immersed in water, symbolizing death and burial, then is raised to a new life in Christ. It’s a public ceremony that announces to any witnesses the recipient’s inner conviction.

Although a form of ceremonial washing was practiced in Judaism before the birth of Christ, Christian baptism is attributed to John the Baptist. Mark’s gospel records that John, Jesus’ cousin—considered among the greatest of the biblical Jewish prophets— baptized in the Jordan River (Mark 1:4, 5). Bible scholar William Johnson, in “The Meaning of Christian Baptism,” says that at the time John commenced his ministry, the word baptism itself was new to human vocabulary, adding that it isn’t found anywhere in either sacred or secular records before.

So when John baptized Jesus, along with a multitude of Jews and foreigners in the Jordan, it was likely something novel. Add to that his fiery and forthright preaching style—he called the religious leaders of the time “a generation of vipers”— and it’s no wonder he attracted crowds. To prepare the way for Jesus, who was soon to appear, he summoned all Israel to repentance. Disregarding rabbinic law, he ordered those who had two coats to give their spare away to someone in need. He told tax collectors they were to collect no more than their due, and told soldiers to be content with their wages and stop robbing people (Luke 3:7-14). Alfred Edersheim, in “The Life and Times of Jesus the Messiah,” states, “Never before had it been proposed that Israel should undergo a ‘baptism of repentance.'” Repentance means to think differently or to turn around.

For some time, Israel had been going in the wrong direction, and reformation was essential to their future as a nation. They would survive if they accepted John’s second decree—to believe in the coming Jesus Christ as Messiah. The book of Acts records that the apostle Paul said, “‘John baptized with the baptism of repentance, telling the people to believe in the one who was to come after him, that is, in Jesus'” (19:4).

John the Baptist also said the Messiah would “baptize” in other ways, in addition to water. “‘But after me will come one who is more powerful than I. …He will baptize you with the Holy Spirit and with fire'” (Matthew 3:11).

As the forerunner of Christ, John fused a link between the Old Testament prophecies of the Messiah and their New Testament fulfillment in Jesus. He revealed new meanings at a time when the common people had little faith in their religious or national leaders. John’s baptism also turned a simple earthly washing into a heavenly symbol indicative of acceptance into the promised kingdom of God.

Tradition says that in A.D. 29, Herod Antipas, ruler of Galilee and Perea, imprisoned John the Baptist at Machaerus, a fortress east of the Dead Sea, and executed him some time later. His disciples buried him at an undisclosed site (Matthew 14:12).

In our time, as many traditions and historic practices fade, their meanings lost, many doubt the importance of baptism by immersion in God’s plan. But He is quite specific about its practice.For example, in Acts 2:38, the apostle Peter repeats John’s call and some 3,000 are baptized. After receiving instruction from God, Ananias baptizes Paul (Acts 9:18).

The Roman centurion Cornelius receives baptism by immersion, despite the fact that he had already received the baptism of the Holy Spirit (Acts 10:47). And arriving at Ephesus, Paul re-baptizes some of John’s disciples (Acts 19:1-6). It’s clear from this last example that God considers baptism necessary not only for new converts but also allows believers who accept major new truth to be re-baptized. This is one reason many Christians are baptized again when joining a new church.

However, baptism is much more than a ceremony. Baptism is the Christian’s figurative re-enactment of Christ’s death, burial and resurrection. As Paul writes, “We were therefore buried with him through baptism into death in order that, just as Christ was raised from the dead through the glory of the Father, we too may live a new life” (Romans 6:4). So Jesus’ death on the cross becomes ours at baptism.

Theologian Charles Hodge lectured on Paul’s letters to the early Christians for 56 years. He said our act of faith in baptism becomes Christ’s death in us. When Jesus died, His old life—the life that became “sin for us” (2 Corinthians 5:21)—disappeared, and the sin that killed Him never reappeared.

When Jesus was resurrected to eternal life, He walked in a new world. Similarly, as one is baptized, the old life spiritually drowns. When we rise, we share in Christ’s walk, anticipating that world He is preparing for us. At conversion, a new power generates obedience to God. Our conscience, previously desensitized to sin and rebellious toward God (Acts 7:51), becomes enlightened by His Spirit. Then, God and his grace actively work in us to enable us to walk in Jesus’ steps (Philippians 2:13).

The great Reformer Martin Luther said, “As the dead and buried Christ appeared in the eyes of the Jews, so also the spiritual person (that is, one who is buried with Christ by baptism into death) must appear in his own eyes and the eyes of others.” Christ’s followers live differently from the world because they think differently. Love replaces anger, generosity replaces selfishness, peace replaces turmoil, and hope replaces despair.

It is said that baptism is an outward expression of an inward conviction. This conviction is crucial to our experience in Jesus Christ, for without it we will never fully understand His passion nor the astonishing grace of God. It drives our desire to be closer to Him through the study of His Word and leaves us yearning for more of Him. And, as we move to a greater knowledge of Him, we will better appreciate the cost of our salvation and why it had to be completed in Jesus.

Paul explains this thought in his letter to the Colossian church, in Colossians 2:10, where he uses a word that originally meant to “be covered over,” but in most Bible versions is translated as “complete” (NKJV) or “fullness” (NIV). In other words, the Colossian Christians needed to look no further than Jesus for their full, complete salvation. In Jesus, we’re set free from our sins (Acts 13:39), and our right to heaven is secure; in Him, we’re made holy by the Spirit (1 Peter 1:2) and our suitability for heaven is assured. This means the moment we confess our sin, accept Jesus as our personal Savior and follow Him in baptism, our salvation is complete. We can never be “more” saved than at that moment.

And something else quite amazing happens. Paul says, “Now that you have been set free from sin . . . the benefit you reap leads to holiness, and the result is eternal life” (Romans 6:22). Or, as Hodge points out in the “Commentary on the Epistle to the Romans,” we are now “subject to His controlling influences by the power of His Spirit.”

Although Peter says that baptism saves us, in practice we’re saved only because of our faith in Jesus and willingness to follow Him in His death (1 Peter 3:21). It’s only the blood of Jesus that cleanses us from personal sin, not the literal water in a baptistry (1 John 1:7).

John the Baptist preached repentance and belief in Jesus. And today, 2,000 years later, it’s a message worth repeating. It is a valid and necessary practice—not an anachronistic tradition—for the believer who wishes to follow Jesus completely, demonstrating to the world that he or she belongs to Him.

This article originally appeared in Signs of the Times magazine, January 2010. 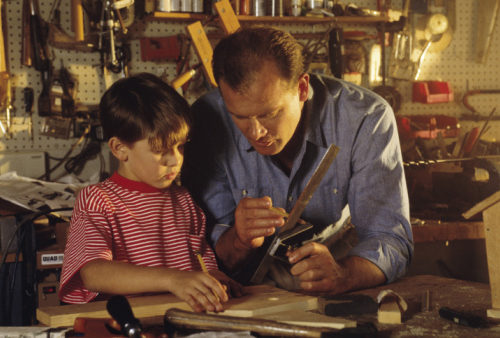 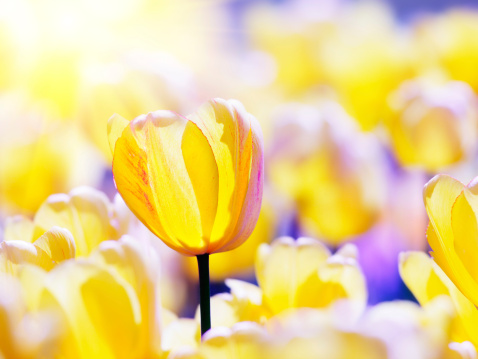