Church was a good place for me as a child, maybe a little boring at times, but essentially good. Then my greatly admired junior Sabbath school teacher ran off with another man, after having taught all that good stuff about happy marriages. Over the years I became cynical. The church was not what it should be. The church was full of hypocrites. The church—wait a minute.

Who or what is this nameless church? The Seventh-day Adventist Church consists of millions of individual faces. The church consists of bored, active, loving, selfish, sincere, hypocritical, giving, hurting, confused, wise, worn-out, fragile, insensitive, lazy, hardworking, tactful, hopeful, abused, critical, humble individuals. People, every bit as human as I am. Every bit as human as you are. We are the church.

So what holds together millions of individuals, with different skin colors, different life expectations, different languages, different ideas, different cultures? Nothing short of a miracle! The miracle has a name—Jesus. The church is the community of believers who confess Jesus Christ as Lord and Savior.

God has always specialized in the impossible (Matt. 19:26). We can trace our spiritual roots back to an impossible promise given to a childless old man (Gen. 12:1-3). God made the impossible possible and gave Abraham plenty of descendants. He then brought the whole motley bunch out of slavery. The “church in the wilderness” (Acts 7:38) had the Sea of Red open for them, breakfast arrive in front of their tents, water fountains come from rocks. They weren’t perfect: they had moaners, idolaters, thieves, gluttons, and leader-bashers among them. But God quietly set about purifying and cleansing—individually and corporately. God was calling His church to experience His salvation personally and extend the invitation to others (Isa. 56:7). Some responded positively. Some were always talking back to God. God had the final Word—He was called Jesus (John 1:1-3).

In Jesus, God began another impossible task. Jesus began training a handful of bickering disciples. Twelve men turned the then-known world upside down for God. Satan tried to stamp out the fledgling church with persecution. God did the impossible. The church went global. Next Satan tried smothering Christ’s vital lifeblood within the church by introducing human teachings. The wildfire of the Reformation called the church back to her true Head. But complacency soon resurfaced. And once again God did the impossible. He called a small group of young people (practically all under the age of 30). He helped them rediscover special truths and gave them gifts and a big job. And that’s where you and I and millions of other Seventh-day Adventists come in. We are part of the miracle God performed through our pioneers.

God has always had His ideals for His church. The Old and New Testaments paint these ideals in metaphoric language. Here are four of my favorites, just to whet our spiritual appetites. The first is the rather obvious metaphor of the church as a body (1 Cor. 12:12-27). I find it particularly relevant, seeing that each of us has invariably caught a finger in a door and felt our stomachs knot as we held the injured finger close and howled in pain. As part of the body of Christ, I am intricately connected to you. Your pain and loss is directly or indirectly my pain and loss. I need to be more sensitive toward you. We need to stick together; for without you I won’t be going anywhere.

I’ve often thought of churches as being fairly static, stationary buildings, which perhaps get refurbished every 10 years. Paul, however, speaks of the church as being a temple made up of living stones (1 Cor. 3:9-17). In some parts of the world I’ve caught a glimpse of “living” temples. Here the membership greatly outgrows the buildings or the available funds. On first visiting a church you may find 40 members worshipping on a dirt floor with wooden planks for pews and reed mats for walls and roof. Within six months the foundations have been dug and the membership has grown to 60. Three months later, two walls are up and a cement floor has been laid and the membership is up to 70. Six months later the baptistery is in, the other two walls are up and the membership is up to 100. A year later the roof is on, there are wooden benches, and membership has reached 150. Finer finishings will have to wait, however, as the church has by now started a company that worships on a dirt floor with reed mats for walls and extra building funds will have to go into helping the new company. I think Paul is referring to these temples on the move, each wall supporting the other. You and I, as living stones in this church, can become a dynamic landmark for Christ.

The third metaphor involves a personal confession. I love weddings. There is just something so appealing about all those beautiful flower arrangements. Then there is the bride (2 Cor 11:2); any plain Jane becomes a beauty, arrayed in white, and glowing with happiness. In God’s eyes this church, with all its faults, is no plain Jane. You and I become radiantly beautiful as we fall in love with Jesus and get wrapped up in the purity of what He has done for us.

I don’t think I could class being a family as a metaphor. The church isn’t like a family to me; it is my family. Over the past two decades most of my blood family has always been far away; but I have always had family. People who motivated me. People who were excited with me over my little girl’s first words. People who mourned with us over the loss of our first child—not crowds of people, just a few—just my family.

Some years ago my parents had a short layover in Rome, and it being Sabbath, decided to go to church. A woman who spoke English came and translated the service and then insisted on taking my parents home for lunch and showing them around in the afternoon. The hospitality didn’t end there. The woman and her husband vacated their bedroom so my parents could have their bed. At the airport my mother, overwhelmed by the kindness, tried to express her thanks. The woman said with a smile, “It is the least one can do for family.” Family? Yes, you and I are probably complete strangers and yet family (Eph. 3:15).

As I look at the enormous mission this church faces in taking this gospel of the kingdom to all the world, I could feel overwhelmed. As I look into the church, I see us often pulling in different directions. I could feel disillusioned. As I look into my own life, I see broken promises and twisting contradictions. I could feel hopeless. But Jesus has promised “to present the church to himself in splendor, without a spot or wrinkle or anything of the kind … holy and without blemish” (Eph. 5:27, NRSV).* I want to stay a part of God’s church. I want to be a part of God’s miracle.

*Bible texts credited to NRSV are from the New Revised Standard Version of the Bible, copyright 1989 by the Division of Christian Education of the National Council of the Churches of Christ in the U.S.A. Used by permission.

This article originally appeared in Adventist World in November, 2009. 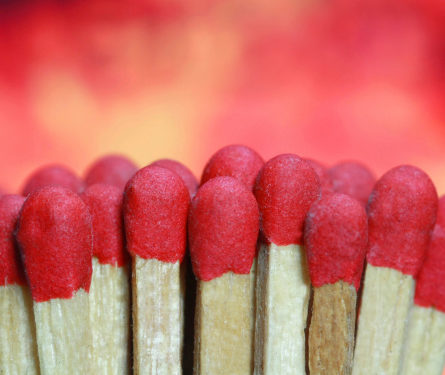 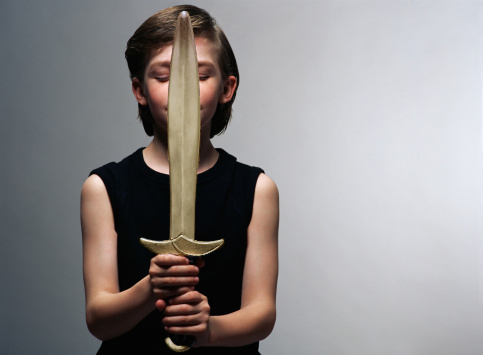