J.R.R. Tolkien, author and creator of the epic mythology known as “The Lord of the Rings”, obviously spent a lot of time reflecting on the nature of the many stories that are part of our shared human experience. Every culture in the world has stories of the beginning of human life, and Tolkien recognized in these stories some common truths. “I believe that legends and myths are largely made of truth, and indeed present aspects of it that can only be received in this mode,” he wrote. “There cannot be any ‘story’ without a fall—all stories are ultimately about the fall.”

It’s an insightful comment. Can you think of any good story you have read or watched that does not include within it a “fall” of some kind? There is a dilemma, a tragedy or a loss that ironically gives the story life.

Often it is in the overcoming or the acceptance of this “fall” that the story finds its resolution. We relate to these stories easily because our own lives are not a straight line heading forever upward. Rather, they too are filled with many ups and downs.

But the Bible tells us that life was not always like this. According to Scripture, there was a time when peace reigned, when justice was ever present, when love was the dominant motivator in the universe and when all was good..

But they were not strong enough, and they lost their place in heaven. “And that great dragon was hurled down—that ancient serpent called the devil, or Satan, who leads the whole world astray. He was hurled to the earth, and his angels with him (Revelation 12:9).”

Somehow, even in heaven, a seed of envy and malicious deceit had begun to grow in the mind of an angel called Lucifer. While God with his omnipotent power could have destroyed Lucifer then and there, God is also loving, merciful and committed to justice.

These qualities are the moral building blocks of the universe. Thus, God allowed Lucifer, now called Satan, to live and sent him to Earth where he encountered people like you and me.

Our part of the story is found in Genesis 3:1-7: “Now the serpent was more crafty than any of the wild animals the Lord God had made. He said to the woman, ‘Did God really say, “You must not eat from any tree in the garden?”

” ‘You will not surely die,’ the serpent said to the woman. For God knows that when you eat of it your eyes will be opened, and you will be like God, knowing good and evil.’

“When the woman saw that the fruit of the tree was good for food and pleasing to the eye, and also desirable for gaining wisdom, she took some and ate it.

“She also gave some to her husband, who was with her, and he ate it. Then the eyes of both of them were opened, and they realized they were naked.”

It seems that the desire of humans to be godlike has not diminished with time. A story is told of Muhammad Ali who was sitting in a plane flying at a high altitude, when, due to turbulence up ahead, the captain turned on the “Fasten seatbelt” sign.

The flight attendant quickly went through the plane making sure the passengers were aware of the sign and had followed the instructions.

The story of Adam and Eve is about their desire to be God. Somewhat ironically, Genesis tells us that Adam and Eve were in fact made like God—in His very image (Genesis 1:27). But they allowed seeds of lust, greed and envy to grow in their hearts, and they made a terrible decision for themselves and for all humanity.

Paul tells us in Romans 5:12 that “Just as sin entered the world through one man, and death through sin, and in this way death came to all men, because all sinned.” As a result of Adam and Eve’s sin, the world as Adam and Eve knew it changed and became the world, as we know it today.

Genesis 3:16-19 provides us with some examples of the changes the Fall manifested. The world became a place where women experienced pain in labor, where men ruled over women, and where the earth grew thistles and thorns and growing food would require sweat and hard labor. And the final result: death entered our world. And now, every morning when we get out of bed, instead of making right decisions all day, every day, we are a bit like one of Tolkien’s characters, Gollum, who typifies both the good and the evil of what it is to be human.  Gollum is a character with a fallen, broken and divided personality, who converses with himself about his actions towards Frodo the hobbit, the hero whose mission it is to destroy the ring that embodies all evil by throwing it into a lake of fire. A memorable scene in the movie adaptation of “The Two Towers”— the second in “The Lord of the Rings” trilogy—depicts the conflict between the two natures in an extended and heated conversation that Gollum has with himself. At that point in the story, the better nature gains the upper hand. Sadly however, the scheming and greedy side of Gollum triumphs in the end, leading to his death.

We have all felt this inner struggle between good and evil to some degree. Paul talked about it in Romans 7:15-21: “I do not understand what I do. For what I want to do I don’t do, but what I hate I do.

Can you relate to what Paul and Baretti are saying? I know I can.

There are times when evil wins and times when good wins. As a result of his struggle and failure to do what we know to be right, we can become discouraged or even depressed. Paul exclaims, “What a wretched man I am!” (Romans 7:24). And yet there is an answer to this human condition. The answer, Paul said, is in “Jesus Christ our Lord” (verse 25).

It’s a simple two-step process. First, we find forgiveness for our wrongdoing because “there is no condemnation for those who are in Christ Jesus” (Romans 8:1). And second, this leads to an empowerment through “the Spirit of life” to overcome the law of his death” (verse 2).

This is good news! Despites Adam’s sin that brings “condemnation for all men,” the good news is that Christ’s “one act of righteousness, leads to “justification that brings hope for all men” (Romans 5:18). Do you want to be an overcomer? Are you tired of repeating the old same stuff that drags you down? Why not invite Jesus Christ into your life today? A new life with him is waiting for you.

This article originally appeared in Signs of the Times in September, 2008. 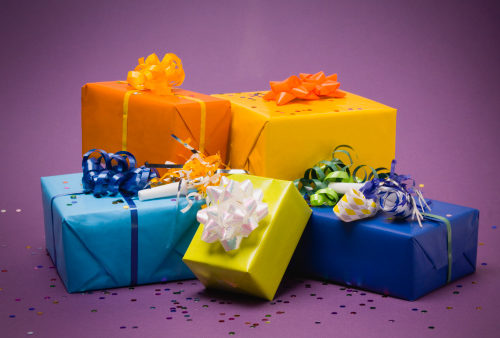 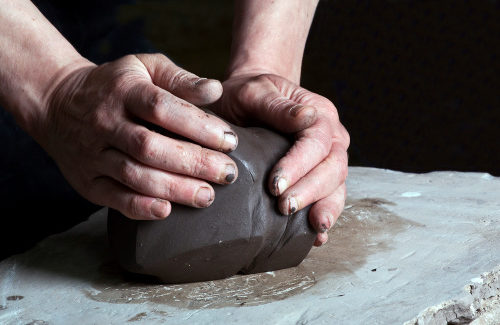