You rarely hear the word “addiction” used to describe something that’s good for you. It almost always refers to a harmful substance such as drugs, alcohol or cigarettes.

Well, my addiction was men. And not just any men—the more tattooed, pierced and wild, the better. I liked men I knew I could never marry, men you would never leave alone with a child (or a parent, for that matter). The more outrageously different from me they were, the better. I was the proverbial “good girl” attracted to the “bad boy.” Like all addictions, this one started slowly. Not all the guys I dated fit into this “bad boy” category, but the older I got and the closer I came to actually marrying anyone, the further I deviated from my ideal man.

I was brought up in a fairly conservative Christian home, where my parents were happily married. I was taught to avoid alcohol, cigarettes, excessive piercings and wild parties. I went to church faithfully and prayed regularly—yet I was addicted to men who were completely wrong for me..

My addiction was so strong that I physically couldn’t break it on my own. I reached a point at which I was progressively dating Mr. Wrong, and no matter what I tried, I wasn’t attracted to good boys anymore. They were too boring, too safe and strangely too close to what I really wanted, which made them too scary.

I decided that if I didn’t do something drastic with my life, I would be stuck in this rut of Mr. Pierced Tattoo for the rest of my life and end up marrying a drug-dealing alcoholic who blew perpetual smoke rings.

My idea of “something drastic” was to move 6,899 miles away to a country where there was a limited number of available bad boys. I decided to quit my fairly lucrative, secure job and serve as a missionary volunteer in South Korea

After the shock of arriving in a completely foreign culture, I had plenty of time to analyze myself. This is a scary, life-changing thing to do and extremely important if you’re trying to overcome an addiction. I wanted to figure out why I was so attracted to men who were so wrong for me.

During this time I prayed a lot. I kept a prayer journal and cried all my homesickness, my frustration and my weaknesses to God. As I talked through my problems with Him, I learned a lot about myself.

The first thing I discovered was that I was afraid. I was terrified of finding Mr. Right and being his Miss Wrong. This fear was pushing me into shallow relationships with men I knew I would never marry. If I didn’t get too attached, I couldn’t get too hurt.

The second thing I figured out was that I wasn’t such a “good girl,” after all. I had a large number of other addictions that I managed to convince myself weren’t so bad. By dating “bad boys,” I felt superior to them in a religious and moral sense. Yet I was anything but moral at this time of my life.

I also learned that God can and will forgive and forget your past. God doesn’t ask you to change your addictions—He changes them. He takes those desires away when you focus on Him.

It didn’t happen overnight, but I slowly found myself actually wanting to date a good boy. I wanted to date someone I could take home to my parents and with whom I would gladly have children. I wanted to have a secure relationship and be loved for who I was. I was no longer terrified. God taught me amazing lessons about His grace. He taught me to trust Him and to let Him work out whom I should date.

A woman I met gave me some excellent advice. She told me that she had a list. She wrote down all the qualities she wanted in a man, and she wouldn’t date anyone who didn’t fit all the qualities on her list. After mulling this idea over, I got out my pen and paper and wrote my list. Then I prayed over it, filed it in my journal and promptly forgot about it.

Where did you come from?

Eight months after I left my old life behind, I met a good boy. He was funny, smart, good-looking and a great Christian. I was very attracted to him, but all my old fears and doubts started to come back. I was terrified. What if he found out about my past and decided that I wasn’t good enough for him?

Eventually we had “the conversation,” and I told him that I would love to date him, but I wanted him to know that I hadn’t always been the good girl he thought I was. I was ready and willing to share all the deep, dark, horrible secrets of my past and face the certain rejection I knew was coming.

Then God showed me His grace through my good boy. This guy told me that if God had forgiven me, then it didn’t matter what I had done in my life—he would love me anyway. Of course, this made me cry. I couldn’t quite believe that any human could show so much forgiveness.

As if he knew I wouldn’t believe him, he flew standby the next day to tell me in person that it didn’t matter what I had done—he would be there for me. Five months later he asked me to marry him, and I ended up with my good boy. Then I found my list. As I read through what I wanted in a man, miraculously, he matched every criteria.

We’ve now been married for two years, and every morning I wake up and thank God for my miracle man. It’s amazing how quickly I settled into enjoying his unconditional love. It’s terrifying when I look back on who I could have married. Now I have everything I ever dreamed of and more. Breaking my addiction to bad boys was a slow, painful process that took a lot of self-evaluation and prayer, but the rewards have been tremendous.

If you find yourself addicted to men who are not appropriate for you, men you can’t comfortably take home to meet your family, men who pull you away from what you really want in life, take a break from dating, analyze yourself and pray hard. God has something better for you, and if you let Him, He will lead you to an amazing relationship that will be tangible evidence of God’s grace.

*Joanne Truner is a pseudonym.

This article originally appeared in Women of Spirit magazine. 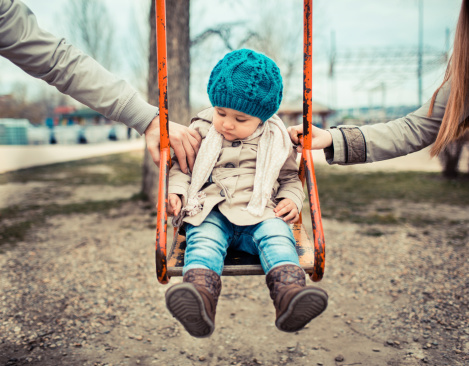