Imagine stopping by my house to hand me a box wrapped in festive paper and topped with an enormous red bow on my birthday. “For you!” you announce with a big smile. “Happy birthday!” “I can’t take it,” I say. You’re surprised. “Why not?” “I just can’t,” I say. “I don’t deserve it.”

“Well, I haven’t always been a perfect friend. I don’t call you often enough, and besides, I didn’t give you anything for your birthday.”

“Look,” you might say, “this has nothing to do with your deserving it. I’m not keeping score. I’m giving you this birthday present because I like you, and I want to make this a happy day for you.” You’d probably insist on leaving the gift with me in spite of my refusal. But what would you think if you stopped by a year later and found that I’d never opened it? You’d at least think of me as an ungrateful person.”

Yet I’ve seen Christians do something similar. The Bible says that our salvation has been arranged, purchased and presented to us—a complete package. The only question is why we don’t accept and open it.

The gift of God

“There’s something I’m worried about,” a woman once said to me. “I know that I’m nearer the end of my life than the beginning, and at times I wake up at night and wonder, If I die, will I be saved?

“Have you asked Jesus to forgive your sins?” I asked.

“Do you trust that Jesus is your Savior?”

“I’ve invited Him to be my Savior in my every prayer since I was a child.”

“Then why are you in doubt?” I asked.

“Because I know I’m not perfect,” she said. “After a whole lifetime of being a Christian, I still have thoughts I’m not proud of, and there are many good things I should do but don’t. I just don’t think I’m perfect enough to be accepted into heaven.”

I knew this woman to be a devoted wife and mother, active in the church and kind to everyone. But this wasn’t about her goodness or her failures. She was laboring under a misunderstanding about salvation. She thought salvation was something she had to deserve.

Too often we have assumed that salvation is our achievement. It is easy to see why we think that. In our everyday lives, we generally get what we’ve worked for. Stay long hours on the job, and you’re likely to get a raise. Practice the cello several hours a day, and you’ll eventually become proficient. Spend years in school with your nose buried in books, pass all the tests, and you’ll earn a degree.

Furthermore, the Bible is chock full of good things that Christians should do. Thus, it’s understandable that we’d think God works by the same rules we follow. That is, the better we are at doing what He asks, the greater the likelihood He will grant us salvation.

But the economy of salvation doesn’t work like the economy of this earth. Paul said that “all have sinned and fall short of the glory of God” (Romans 3:23). Do we deserve salvation? Absolutely not. We deserve just the opposite: “For the wages of sin is death” (Romans 6:23). No one could be good enough to demand salvation. But that doesn’t matter, because God is giving it to us anyway—for free! Paul also said, “For by grace you have been saved through faith, and that not of yourselves; it is the gift of God” (Ephesians 2:8). And lest someone question whether Paul really meant that our good deeds don’t earn us eternal life, he added, “Not of works, lest anyone should boast” (Ephesians 2:9).

Suppose I were to brag, “My friend gave me that birthday gift because I’ve given her so much that she almost had to do it!” You would correctly conclude that I don’t understand the concept of friendship very well.

In Jesus’ day, there were people who acted that way about God. They boasted that they had done everything they read in Scripture to absolute perfection, so God had no choice but to save them. They forgot that God is under no obligation to any human being, for in the end, no matter how perfectly we have lived, death will defeat us.

So there’s only one way to receive salvation: to accept it as a gift. If you insist on paying for it, you can’t have it.

“But surely,” you might say, “God wants us to be good people. He’s not going to save people who cheerfully do evil things.” First, a caution: I’ve lived long enough to realize that we can’t judge the sinfulness of others with any accuracy, because every human heart, including yours and mine, is “deceitful above all things, and desperately wicked” (Jeremiah 17:9). Nor do we have the right to say for sure whom God will save. Given the kinds of people Jesus brushed shoulders with (thieves, the demon-possessed and prostitutes), it’s a safe bet that there will be people in heaven that you and I wouldn’t have selected to go there.

Nevertheless, you would have a point. God does want us to be good. Determinedly wicked people aren’t trusting in Jesus, or they wouldn’t do the things they do. Why should they be in heaven? “Do you not know,” writes Paul, “that the wicked will not inherit the kingdom of God?” (1 Corinthians 6:9). Doesn’t that mean that you have to be good to be saved?

In fact, it’s rather the opposite. Striving to be good is one of the effects of knowing that you’re saved. God’s Spirit coming into a person’s life inevitably produces the fruit of a good character. We may never become quite perfect (for temptation is always there), but our lives will trend in the direction of “love, joy, peace, forbearance, kindness, goodness, faithfulness, gentleness and self-control” (Galatians 5:22,23). Those who are defiant of God, who neither know nor trust Him, have little interest in doing His will. But God’s plan for those who do love Him is pretty clear: “We are his workmanship, created in Christ Jesus for good works, which God prepared beforehand that we should walk in them” (Ephesians 2:10).

That’s not to say that you can’t change your mind. Just because you were once saved doesn’t mean you can’t turn from God later, in the same way that a couple who once loved each other enough to marry later made choices that led to divorce. Jesus told a parable once in which He compared a man sowing seed to the effect that God’s Word has on our hearts. He said, “The one who received the seed that fell on rocky places is the man who hears the word and at once receives it with joy.

Because he has no root, he lasts only a short time. When trouble or persecution comes because of the word, he quickly falls away” (Matthew 13:20, 21; emphasis added).

People can “fall away” from God through choice, pressure, carelessness or inattention. Though God draws us to Himself and will do everything He can to keep us close to Him, He won’t force us to stay. But those who do stay close to God live happier, more confident lives than those who don’t. Years ago some friends taught me to climb on a sheer rock face. They fastened me into a harness, attached a rope and said, “Start climbing!” I felt terrified at first. But they pointed out that I couldn’t fall: they were holding my safety rope, and even if my feet slipped, I was supported. After that, I was less afraid to take chances.

The same is true of salvation. If you have absolute confidence that your salvation is certain, then what on earth could possibly frighten you? God’s assurance of salvation is like a rope that holds you up should you lose your spiritual footing. Even in death—as unwelcome as it is—you are held in God’s safety harness. So you can be certain you will awaken to eternal life.

This article originally appeared in Signs of the Times magazine, August, 2011. 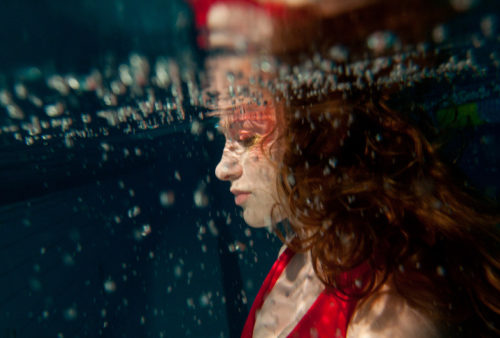 The Power of Prayer can Change Your Life
The Experience of Salvation October 27, 2016 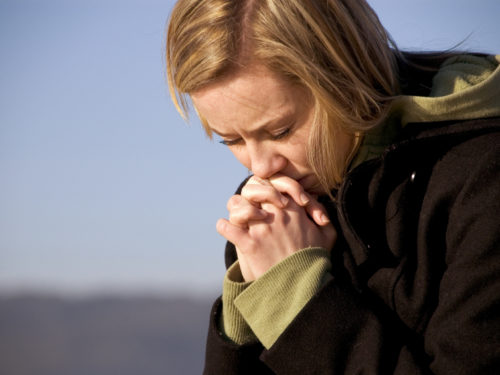 The Heartbeat of Forgiveness
The Experience of Salvation February 23, 2015