One winter I decided that I wanted to bring in the new year with a bang. So instead of going to a church service with my mom, I went to a party.

I was having a lot of fun. The music was great, the food was awesome, and all of my high school friends were there.

One of my friends started gossiping about one of the girls in our class, and I added my two cents. Actually, it was more like $100. I said the girl was ugly, fat, pathetic, and weird because she always talked to herself. My friends laughed, and so did I.

After the trash talk, I turned to put my juice down on a table. To my surprise, I saw the girl I had just bashed standing about three feet away. She turned around and left the house. Some of my friends snickered, but I didn’t. I didn’t know how to react and concluded her behavior only added to her weirdness.

The party went on, and at midnight I decided to call home. My dad picked up, and I wished him a happy new year.

The real reason I called, though, was to tell him what had happened earlier.

I told my dad what I had done, and he told me, “Don’t tell anyone, but her parents told your mother and me that she has schizophrenia. The whole family is having a hard time right now.” My heart sank.

The guilt was overwhelming. I had been indirectly bullying someone who couldn’t control her thoughts. I felt like the biggest monster. Each time I looked in the mirror, I hated the person who looked back at me.

The whole week I didn’t even pray. Every day, especially Sabbath, was a time I remembered my horrible mistake. No matter which topic the pastor preached or how I was moved, I could not make that step and confess to God. My guilt wouldn’t let me. I felt so horrible and so unworthy to even say His name. So I remained silent.

Have you ever felt so guilty that you felt unworthy to confess, ask forgiveness, and turn things around? At some point, you feel guilty asking and asking for forgiveness, even though you know your request will be granted. So you just stay quiet.

In thinking about this I’ve come to realize that refusing to repent is actually a form of arrogance and pride. Grad-student-typing-in-the-middle-of-the-night-with-cookie-dough-ice-cream say what! You’d think that refusing to do the whole repentance thing is an act of humility because you feel so unworthy. But, yes, pride is the culprit.

Think about it: What would have to happen in order for you to confess? Get your act together? Actually appreciate the gift God has given you—which is His Son—by ceasing to screw up all the time?

And how will you do this? By your own might? So, you think you can change your sinful nature and be well enough to repent? Oh, come on! Christ didn’t come to save the righteous, but the unrighteous. And I have good news: you are unrighteous and so am I.

Don’t forget that the number one goal of the adversary is to separate you from God. He doesn’t fight fair and will use anything to separate you, even if it’s your own awareness of God’s goodness and holiness. Though no one can separate you from the love of God, there are times you will feel as if you have been separated because of your guilt.

Jesus is waiting for you to repent. He’s given us access to grace! Access implies that we have to go get it. We must come with confidence and ask for it even when we don’t feel like it, even if we are too guilty to even face Him.

In Hebrews 4:16 we are told: “Let us then with confidence draw near to the throne of grace, that we may receive mercy and find grace to help in time of need.”* Make things right with God; don’t allow yourself to be separated from your only lifeline.

Silently, I prayed and asked God to forgive my insensitivity and pride. A weight was immediately lifted off me, and I realized there is no sin or moment of folly too heavy for Christ to bear, for He has already forgiven every sin on the cross. In 2 Corinthians 12:9 it’s written: “[Christ] said to me, ‘My grace is sufficient for you, for my power is made perfect in weakness.’  Therefore I will boast all the more gladly of my weaknesses, so that the power of Christ may rest upon me.”

God has placed the gift in your lap. It is up to you to lift up your arms, activate your little fingers, rip the wrapping paper off, and access this beautiful grace. It is arrogant to think that you can last seven hours or even seven minutes without His grace. Don’t wait until you are home in the quiet of night to repent; do it right now and in your secret heart. He will hear you, and He is eager to forgive you. You will get tired of repenting before He gets tired of forgiving you. Don’t let Him wait another second!

*Scriptures quotations in this article are from The Holy Bible, English Standard Version, copyright © 2001 by Crossway Bibles, a division of Good News Publishers. Used by permission. All rights reserved.

This article originally appeared on Insight Magazine on December 2012. 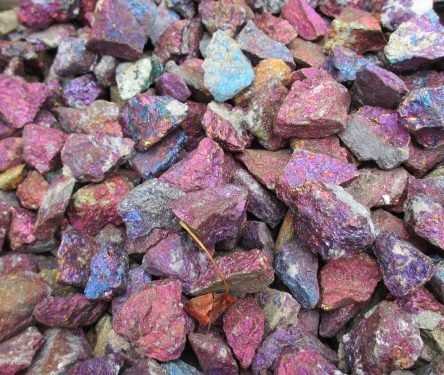